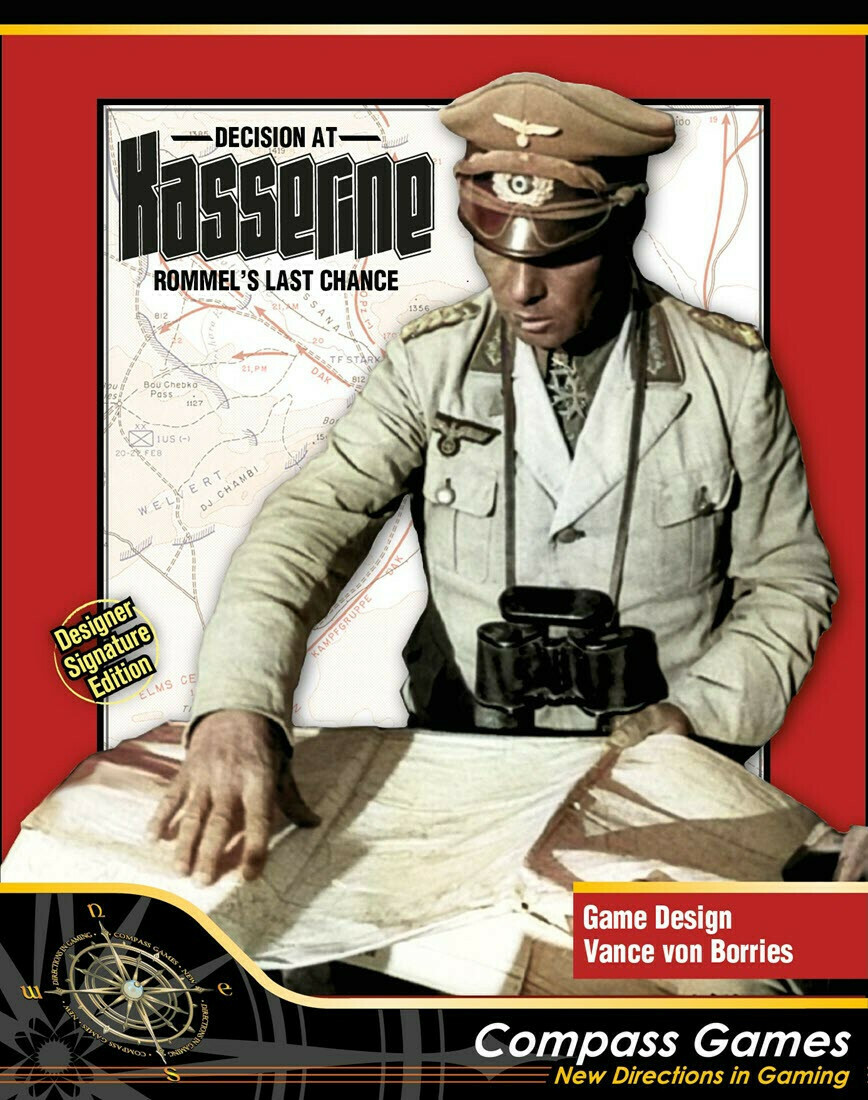 Decision at Kasserine: Rommel's Last Chance, Designer Signature Edition, marks the return of a true wargaming classic by Vance von Borries first published in 1983, faithfully remastered and updated with this all-new, supersized edition. Hailed by many as of the premier entry in the popular Battles for North Africa series, this two-player operational level simulation covers the WWII German and Italian offensive in central Tunisia which took place in mid-February 1943.

This edition of Decision at Kasserine features a super-sized map and counters and is another Classic Reborn! by Compass.

On the morning of February 19, the Germans launched their attack through the Kasserine Pass. Heavy damage was inflicted on the Allied forces, causing the Allies to retreat 50 miles. Despite these losses and setbacks, Allied forces and reserves managed to regroup and hold on February 22, launching a massive artillery attack to halt the German advances. Faced with his own overextended supply lines and an Allied force that was now being reinforced, Rommel withdrew and ordered all Axis units to concentrate on defending the German-held coastal areas. Had the German-Italian army succeeded, the war in North Africa would have been lengthened, thus possibly delaying the Allied invasion of Europe. This offensive was the last major Axis effort which offered a realistic chance to reverse their fortunes in North Africa.

This Designer Signature edition of the classic Vance von Borries game goes beyond a mere culmination of the forward strides made with subsequent games published in the series; it now features a major update to the game system that will be implemented in future game releases of the popular Battles for North Africa series. In terms of superior physical presentation, all aspects have been upgraded, including super-sized components; larger game map and 5/8" counters. Some of the enhancements made in this edition include: