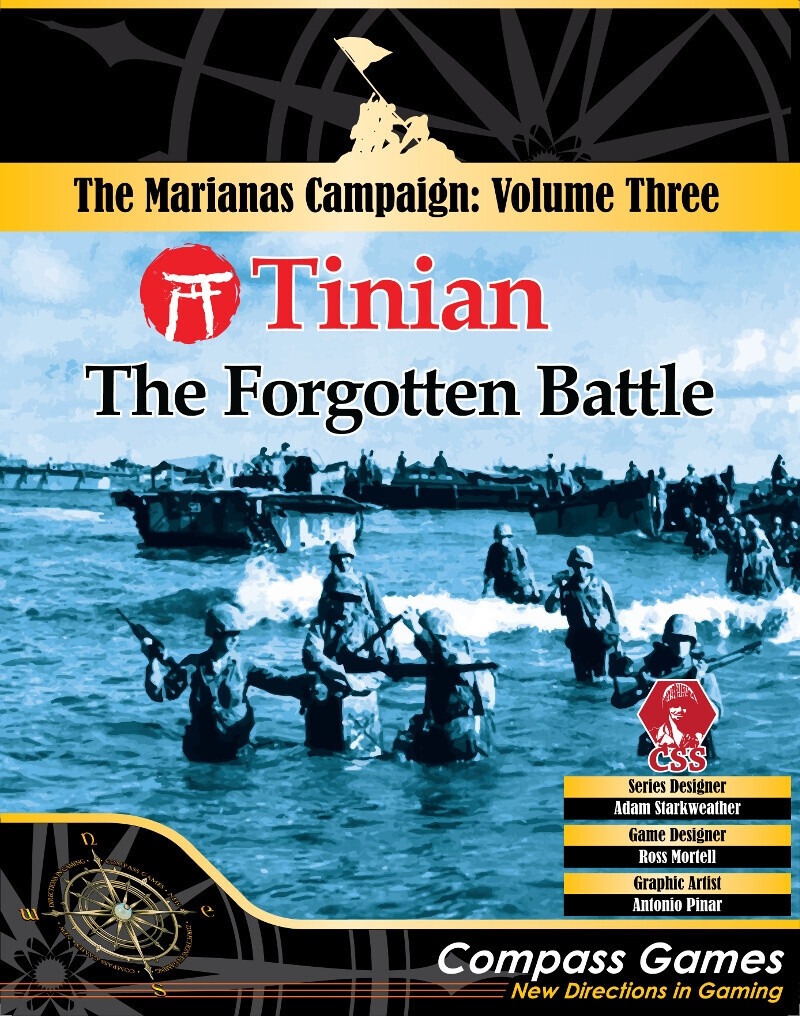 Most people have never heard of the Battle of Tinian. Overshadowed by the Battle of Saipan to the north and the Invasion of Guam to the south, Tinian seems like a small side show that had no real impact on the war. Some people may hear the name and remember that the B-29s, the ones that dropped the atomic bombs on Japan, flew from there but for the rest it has become a minor part of military history – a forgotten battle.

And yet Admiral Raymond A. Spruance, said of the invasion of Tinian:

“In my opinion, the Tinian operation was probably the most brilliantly conceived and executed amphibious operation in World War II.”

Tinian: The Forgotten Battle will be Volume 3 in the Marianas Campaign and is a perfect introduction to Adam Starkweather’s Company Scale System (CSS).Played on a single map it will include 3 scenarios and 3 campaign games.

There are also rules for additional Japanese troops that could have been on the island if you wish to make it tougher on the Americans.