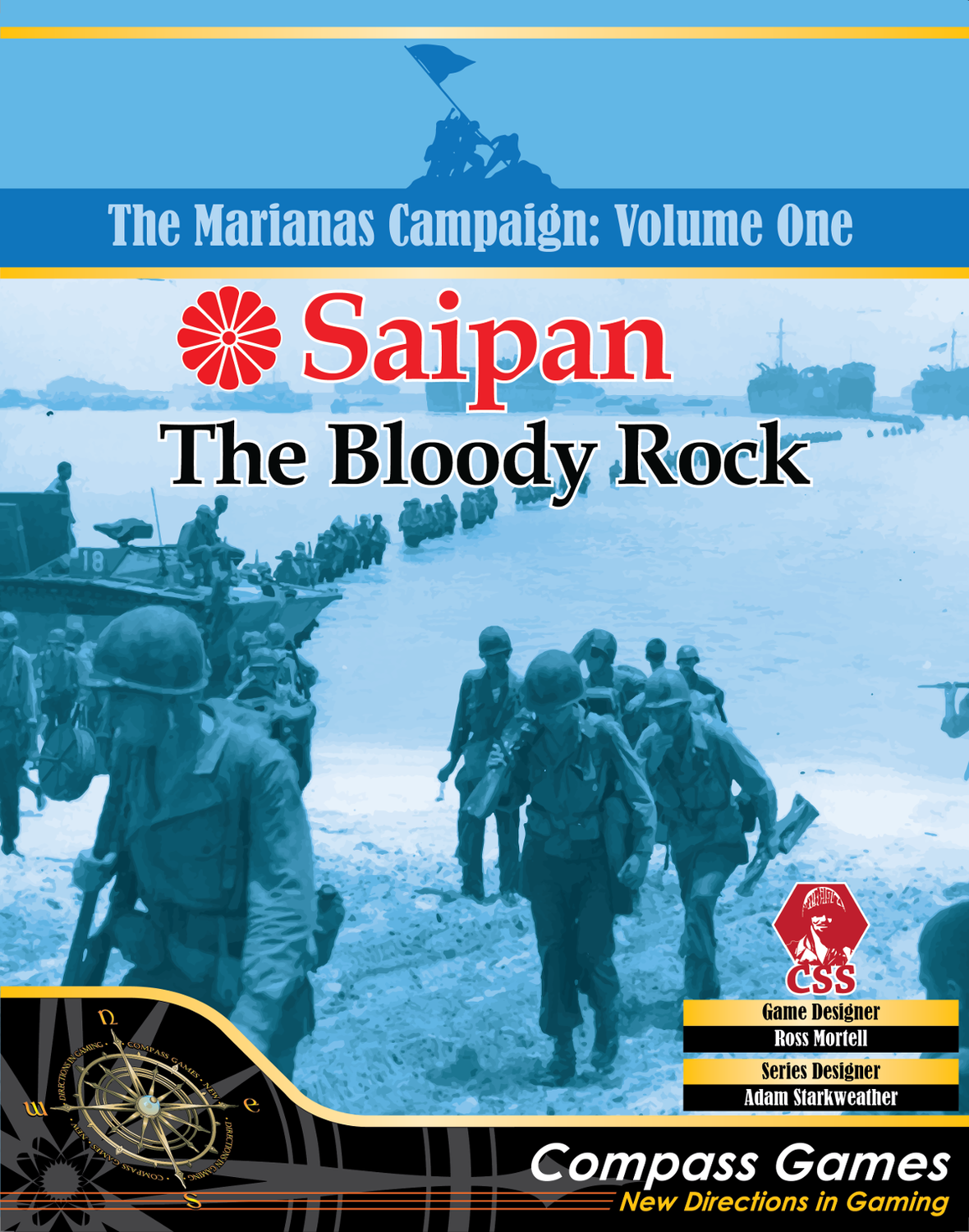 The decision to invade The Marianas (of which Saipan is a part) was not an easy one. General MacArthur still favored the more westerly route through the Philippines and had support amongst the Joint Chiefs of Staff. It took several conferences and nearly a year before the decision was made. There were several reasons that the Americans finally decided to invade the Marianas: Firstly, it was the most direct route to Japan, Secondly, they could base B29 bombers there which could bomb Tokyo, Thirdly, Saipan would be the first piece of prewar Japanese soil taken during the war. Lastly, the American planners hoped that they could draw the Japanese fleet into a decisive engagement. With all these reasons, a battle for the Marianas was inevitable.

Saipan – The Bloody Rock is the first game to utilize the new Company Scale System (CSS) by Adam Starkweather and comes on 2 maps. This will be your chance to experience a full-on naval invasion as Amtracs and DUKWs head towards the emplaced forces of Imperial Japan.

The game comes with 4 scenarios and 2 campaign games:

Units: Companies and below