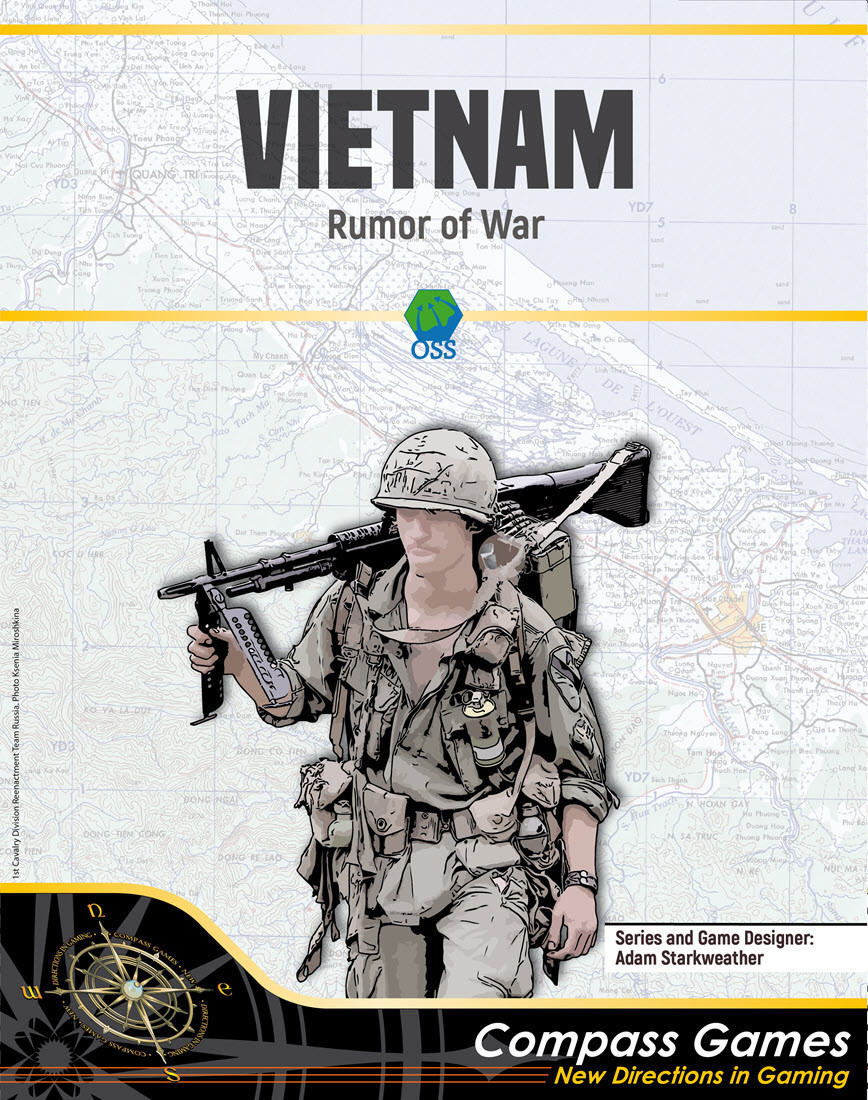 In 1965, the United States decided to intervene in the ongoing conflict in Vietnam.This moment shaped the United States more than any other in the 20th Century.From the battlefield to the home front, the United States faced one of the greatest challenges in its history.Using the Operational Scale System as seen in Korea: Fire and Ice, OSS: Vietnam will show the conflict in a playable yet historical manner.

Using at its heart, a blending of two older games, Road to the Rhine and A Victory Denied, players have the ability to move all their units once.However, they may choose to move those units in any of several impulses, if they can afford the supply cost to do so.The opposing player will have to maintain adequate reserves to counter this variable impulse movement.

The Operational Scale System (OSS) is meant to be a fast, accessible way of playing, and finishing, larger games.Finally playing a large “monster game” will no longer require hundreds of hours – now, you can easily complete a game of this size in a weekend. Players will activate HQs, fight off insurgents, bomb and disrupt the infrastructure of their opponents with the unique means available to each side. Whether by bombing raids or insurgents, how your side maintains the ability to wage war will be the key to victory.All the while, players must watch how their actions influence events far from the battlefield.

There are scenarios to allow various campaigns that defined this war as well as a campaign game.