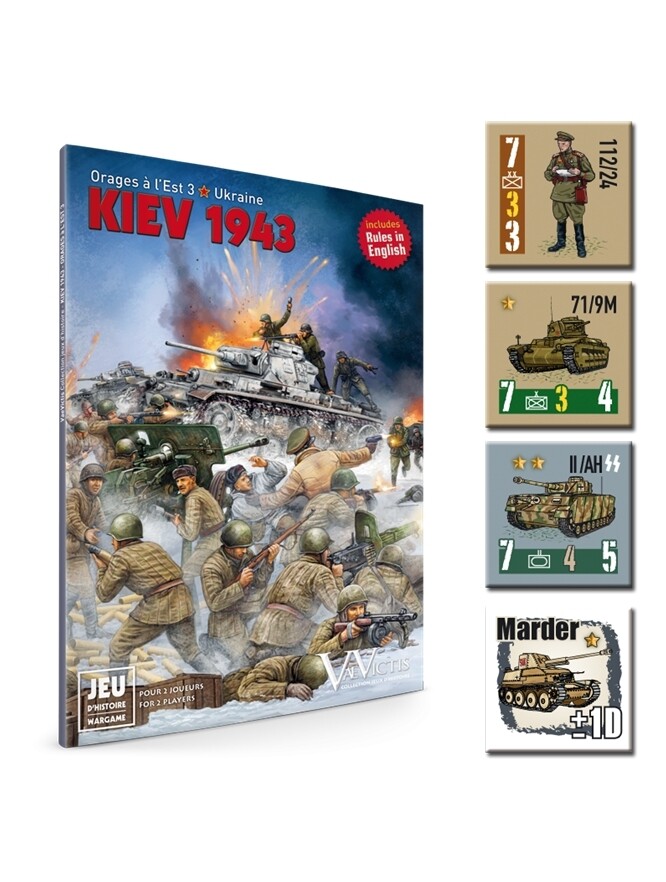 After the failure of Zitadelle in mid-July 1943, then the loss of Kharkov on 23 August, the German armies surged back on the Dnieper with the Soviet forces at their heels. The Voronezh Front of Vatutin had the mission of charging on Kiev and destroying the 4. Panzerarmee.

On 21 September, the 3rd Guards Tank Army reached the Dnieper and established a bridgehead at Bukrin, near Kanev, soon joined by the 27th and 70th Armies. On 26 September, the Soviets dropped two paratrooper brigades on Kanev. The operation was a disaster. Meanwhile, the 38th Army forced the river at Lyutezh, 20 km north of Kiev.

The Soviets launched another operation from Bukrin mid-October with no result. The Stavka realised the tactical impasse of this bridgehead and decided – in absolute secrecy – to transfer Rybalko’s 3rd Guards Tank Army into the pocket of Lyutezh.

Vatutin prepared a large-scale attack on Kiev. On 3 November, more than 2000 canons discharged a flood of fire on the units of the VII and XIII Korps; the 68th and 88th infantry divisions were impotent against the 38th Army supported by Kravchenko’s 5th Guards Tank Corps. Farther north, the 60th Army attacked in the direction of Korosten.

Despite the counter-attacks of the 7th and 8th Panzer and of the 20th Pz.Grenadier, Rybalko’s men entered Kiev and completely liberated it on 6 November. Fastov fell on 7 November, and the Soviet troops advanced on the entire Front. Jitomir fell at the hands of the 1st Guards Cavalry Corps on 12 November. The Soviets advanced more than 120 km to the west!

The Germans sent reinforcements from everywhere. The 25th Panzer somehow slowed down the Soviets at Fastov with numerous losses; the 1st SS, the 2nd SS and the 1st Pz Divisions blocked the Soviet advance in the south.

On 13 November, Von Manstein launched a counter offensive with the 48th PzKorps toward Jitomir and Brusilov in the southern flank of the Soviet penetration.

As a Soviet, will you be able to liberate Kiev for the anniversary of the Bolshevik Revolution? As a German, will you restore the front of the 4th Panzerarmee?