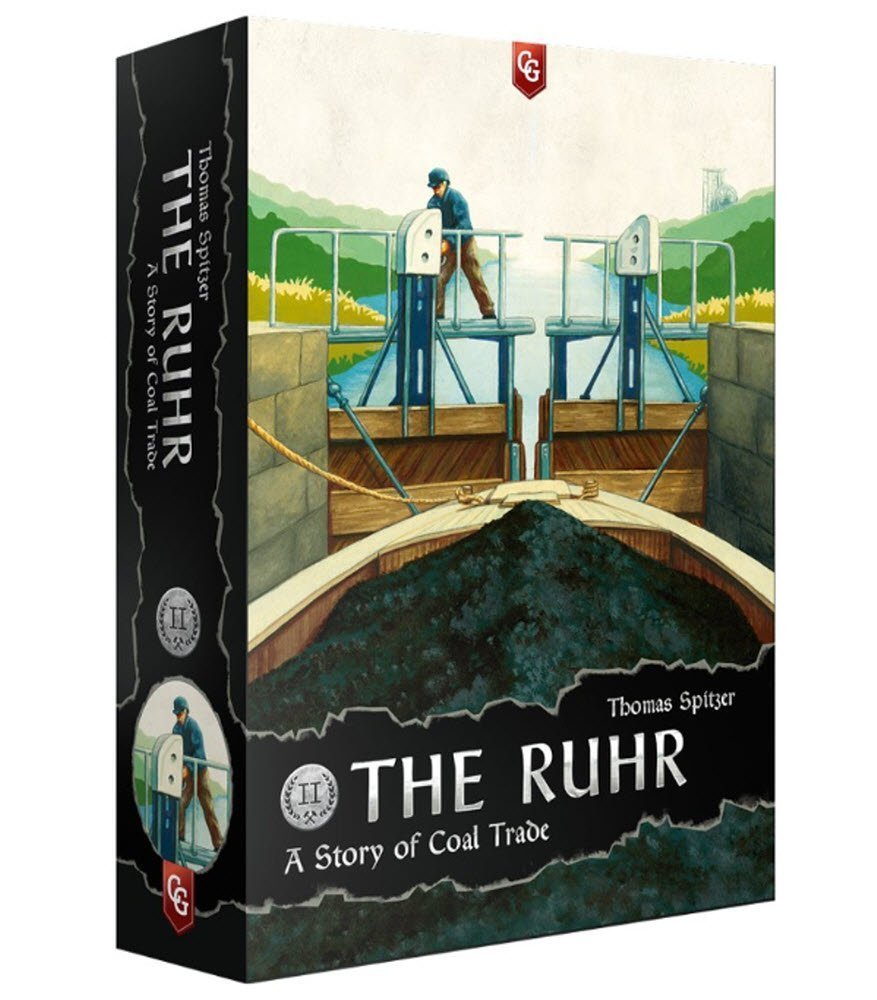 The Ruhr: A Story of Coal Trade

The Ruhr continues the story of Thomas Spitzer’s historic Coal Trilogy by transporting players to 18th century Germany during the industrial revolution. Coal is now in high demand as cities and factories throughout the world are in need of this coveted resource. Trade coal for valuable upgrades and plan your route to victory along the Ruhr!

Players transport and sell coal to cities and factories along the Ruhr river. By selling coal, players acquire unique abilities. In the beginning, players have access only to low value coal. By selling coal to certain locations, players gain access to high value coal. Additionally, players will build warehouses, build locks, and export coal to neighboring countries, all in the pursuit of the most victory points.

The Ohio: 1811—1861 features the Ohio River during a time when Ohio was granted statehood and became heavily populated as its industries flourished. The Ohio is played in a manner similar to The Ruhr, but with new and additional elements.