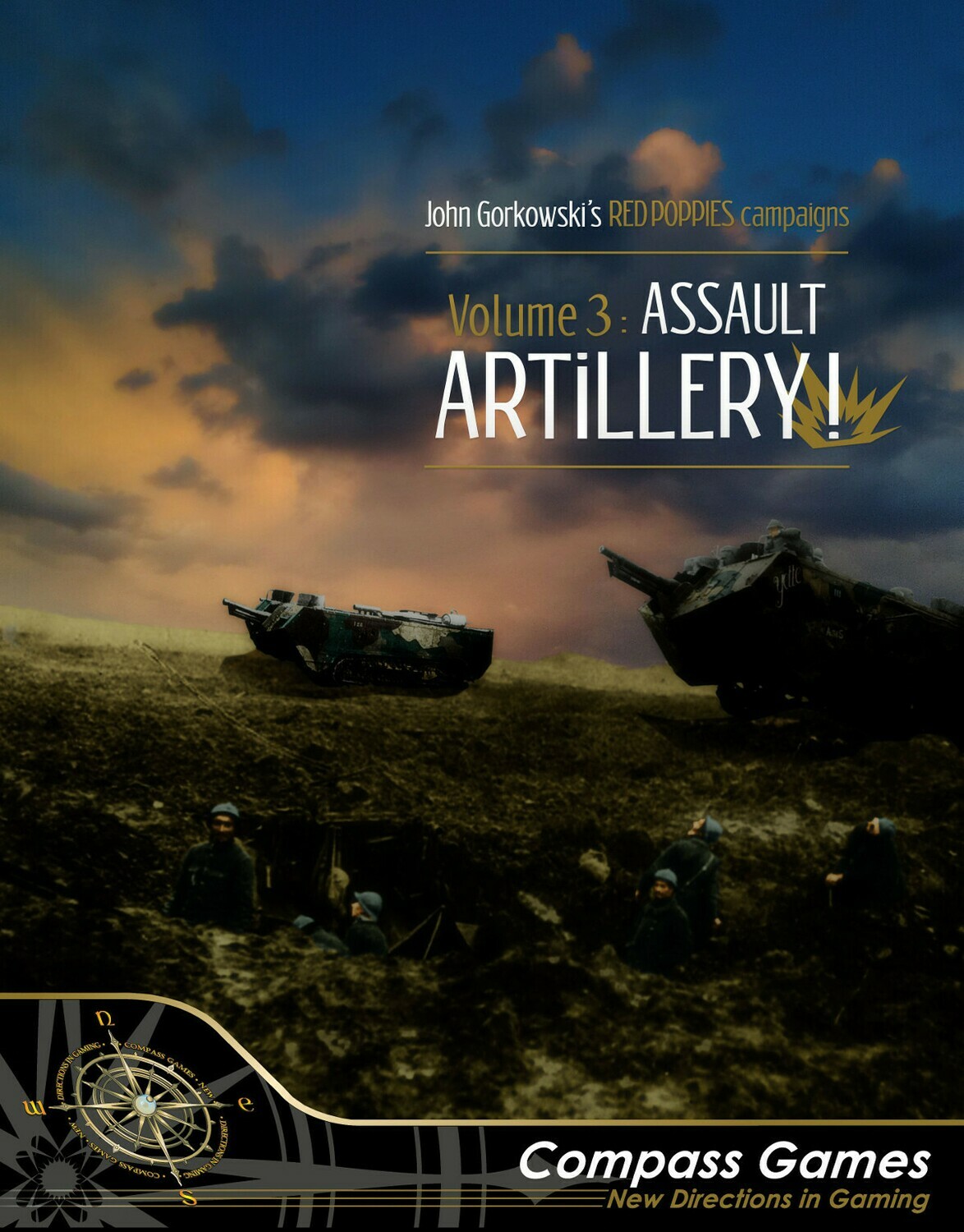 Assault Artillery (AA) recounts the Battle of La Malmaison, 23-27 October 1917, in which the French employed their Artillerie Spéciale (tank force) and creeping barrage to capture Pinon, Vaudesson, and the coveted Chemin des Dames ridge. The French victory confirmed their recovery from the mutinies spawned by the disastrous Nivelle Offensive fought over some of the same ground six months earlier.

In a six-day preliminary bombardment, French guns, with a three to one advantage, silenced most of their German counterparts and smothered German rear areas with dense gas to impeded German reinforcements. At 0515 on October 23, (zero hour) six divisions of the French XI, XIV, and XXI corps attacked on a 7.5-mile wide front. French infantry advanced in the predawn twilight behind an elaborate creeping barrage with 63 Schneider and Saint-Chamond tanks in support. Twenty-seven of the 63 tanks bogged before reaching the front line. A combination of German fire and mud stopped 15 more in no man's land.Twenty-one French tanks (1/3rd of the starting total) actually made it to the German second position. The French 38th Division captured Fort de Malmaison and XXI Corps took Allemant and Vaudesson. From 24 to 25 October, XXI and XIV corps advanced while I Cavalry Corps came forward to exploit a hoped-for German collapse.

With specialized “eingreif” companies sprinkled all along the front, the Germans launched numerous local counterattacks. However, the French wave was inexorable.Still, the German 7thArmy retired from the Chemin-des-Dames to the north bank of the Ailette in good order.

By October 26, the French had gained 3.5 miles in some places at a cost of only 12,000 casualties, far fewer than Germany’s 38,000 and a significant improvement over the 30,000 French losses suffered in the same area during April’s Nivelle Offensive. The French also bagged about 11,500 German prisoners. The Artillerie Spéciale proved its worth by smothering numerous German machine gun posts.

AA is the third volume in the Red Poppies Campaign (RPC) system for gaming World War I battles. Ownership of previous volumes, The Battles for Ypres and/or Last Laurels at Limanowa, is NOT required to play AA; everything you need to play AA is in this box. AA offers the same rules as The Battles for Ypres and Last Laurels at Limanowa except that sections 12 and 13, the scenarios and campaigns for volumes I and II, are intentionally left blank while section 14, the AA scenarios and campaigns, has been added.