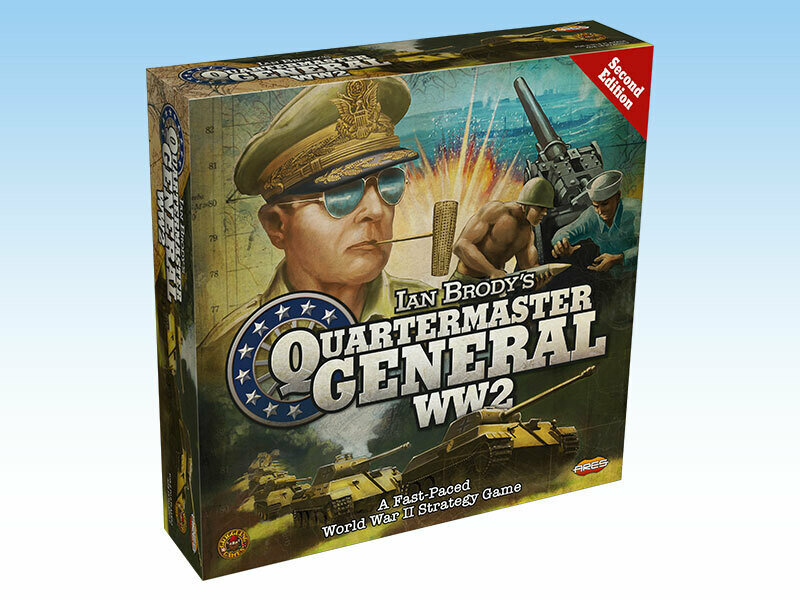 “An Army marches on its stomach.” – Napoleon Bonaparte

Quartermaster General is a fast–paced game that puts you in command of the major powers of the Second World War.

In Quartermaster General, supply is crucial to keep your armies and navies fighting; destroy your enemies’ supply lines and their forces will surrender! Each major power has a unique set of strikingly illustrated cards with which to marshal their forces, represented by wooden army and navy pieces.

During a game, you will play one or more countries on either the Axis or Allied team and try to score as many Victory Points for your team as you can. From 2 to 6 people can play.

Quartermaster General is simple to learn and quick to setup — but difficult to master. Each game plays differently, ensuring superior replayability!

This Second Edition of WW2 Quartermaster General improves multiple elements of the original, while keeping all the qualities that made it critically acclaimed. If you have played before, we’re certain you’ll enjoy the changes. If you are new to the game, you’re certain to get an even better game than the award-winning first edition!