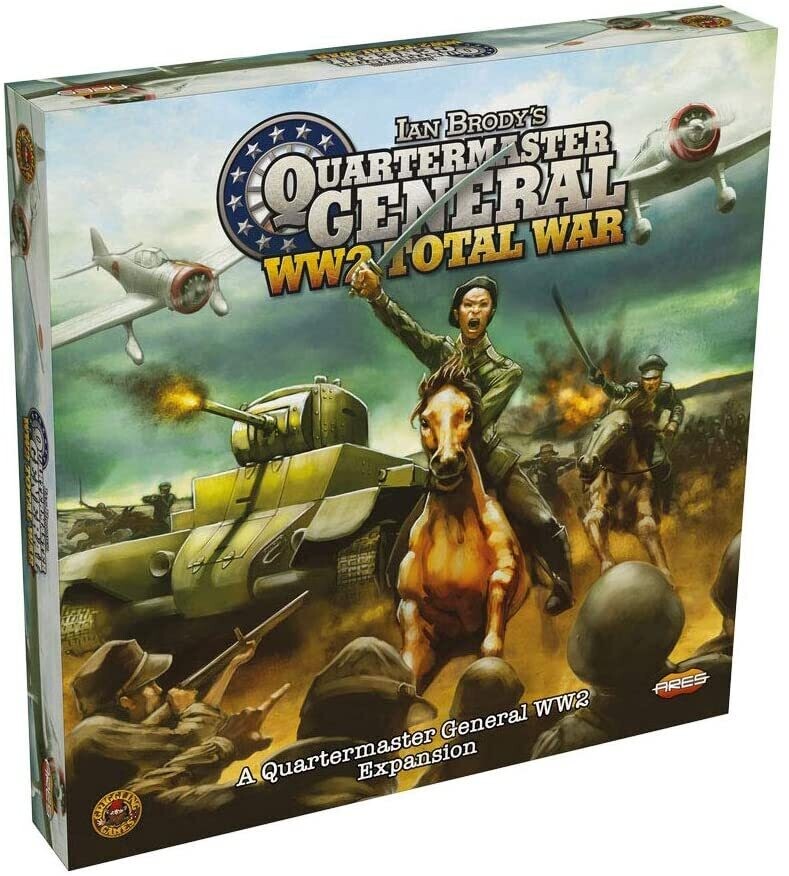 Total War is the first expansion for the second edition of Quartermaster General that provides players with a great number of new playing options, without dramatically increasing the play time.

Among these new game features, the most important is the introduction of Air Forces that brings a whole new dimension to the conflict. Air Forces help the players to defend Armies and Navies in the same space, or to attack adjacent Air Forces in battle.

Another new key feature is the presence of new forces: Chinese and French forces that enlarge and change the opening setup, introducing many new strategies. A new tactical point is introduced into the game through Bolster cards, a new type of cards that are played directly from the hand as reactions to game play. “Last but not least”, the introduction of new alternate “what if” cards, that represent historical strategies that were considered but never executed, as Operation Sea Lion, the invasion of Britain.

With these important changes the game is still simple to learn and quick to setup, but these new tactical moves at player’s disposal in this expansion set increase the fun and ensure a further and greater replayability!