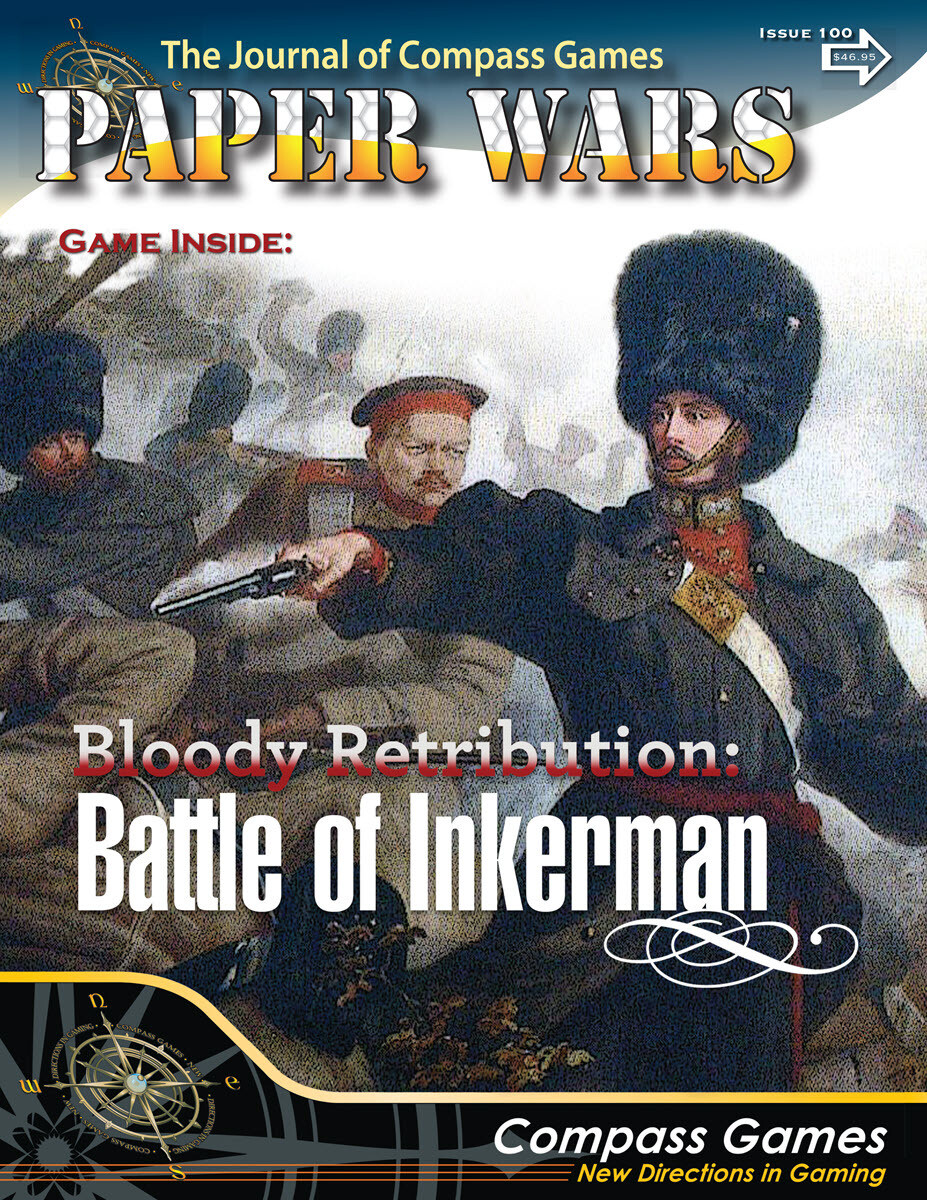 Bloody Retributions: The Battle of Inkerman, 5 November 1854 by Ty Bomba

This is a two-player grand-tactical simulation – easily adapted for solitaire play – of the largest Russian offensive of the Crimean War. Even so, both players have the necessity of both attacking and defending. It uses the alternating-actions system introduced here in issue no. 93’s Wagram and issue no. 98 Alma games.

The emphasis is on players’ mastery of overall operations rather than the minutiae of tactics. In effect, they role-play the supreme commanders, not the whole chain of command as is common in most complex tactical-level games. It’s a mechanically simpler approach that is at the same time more realistic, given the fact no individual in such situations would have the timely knowledge needed to make detailed decisions.

The battle was personally ordered by the Czar as a final attempt to break the Allied siege lines along Sevastopol’s southern perimeter. The British were initially caught by surprise along the steep slopes of Mount Inkerman. Both sides threw in everything they had available, hoping for a decisive victory. That made for a fierce day of back and forth combat characterized by soldier-level heroism and high-command incompetence. In the end the Russians retreated, but it was a near-run thing that could’ve gone either way.

Each hexagon on the map represents 200 yards (183 meters) from side to opposite side. The units of maneuver are brigades, regiments and battalions. Each full turn represents one or two hours of real time. The first two turns were dominated by dense fog across the whole battlefield; therefore they each represent two hours to take into the account the inescapably slower tempo of operations under such conditions. Artillery is represented abstractly via bombardment markers. There is one full sheet of 228 medium-size (5/8”) iconic counters. Playing time is about three hours, and complexity is low-intermediate.