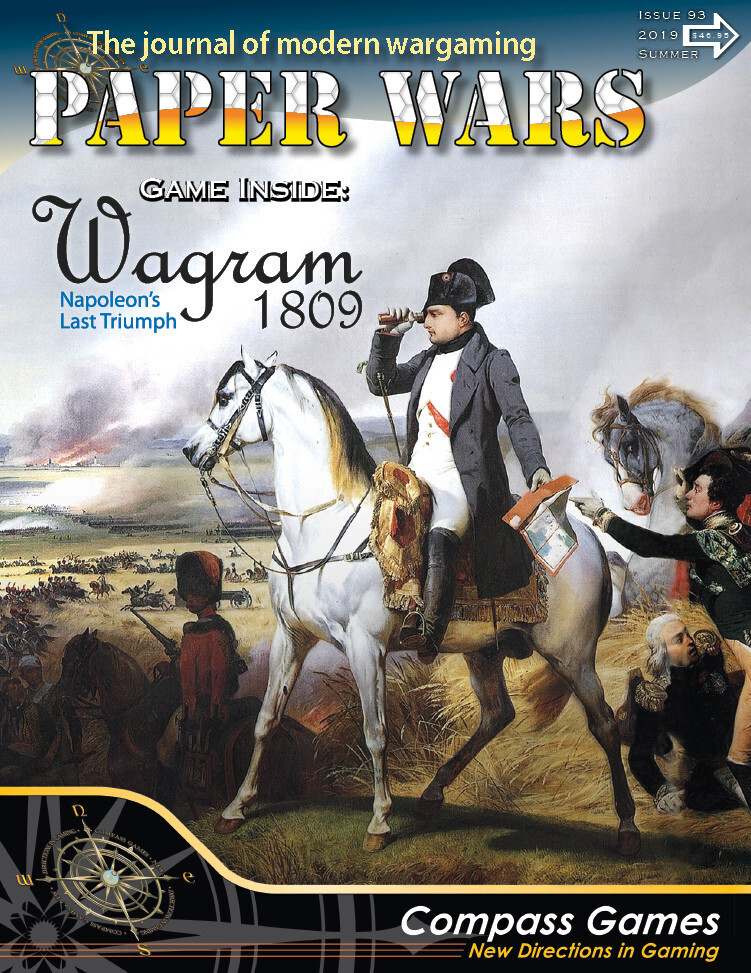 The French are on the strategic offensive, but there’s plenty of opportunity for both players to attack. In fact, the Austrians can win a sudden death victory by capturing the French crossing area over the Danube. The game uses an alternating action sequence that keeps both players fully and tensely involved all throughout every turn. A full match can be set up, banged out, and put away by two experienced players in about three hours.

This two-player, but solitaire adaptable, uses a 34×22” large-hex (3/4”) map, fewer than 12 pages of rules, and one sheet of 228 medium-size (9/16”) counters to provide an emperor’s-eye-view of this titanic and savagely fought two-day battle. Each hex represents 875 yards, and each of the two days has four to six turns (depending on morale and exhaustion) with a separating night turn in between. Units of maneuver are mostly multi-step divisions for both sides.