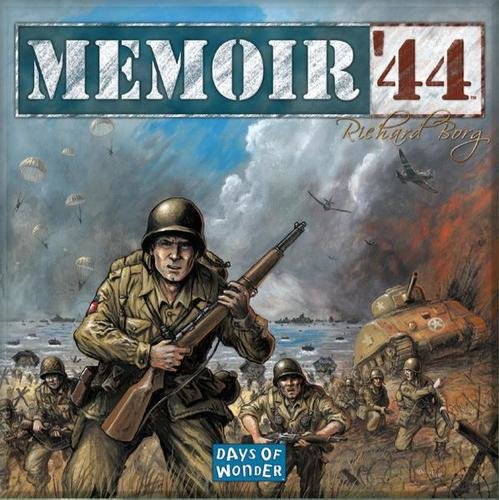 From the cliffs of Pointe-du-Hoc to the hedgerow battles in the Cotentin Peninsula and beyond -- Memoir '44 airdrops you into the key battles that turned the tide in Western Europe during the summer of 1944. Omaha Beach, Pegasus Bridge, Operation Cobra... Step in and command your troops on the battlefields that defined History in the 20th century!

Memoir '44 is a unique historical game where players command a horde of little plastic Army men facing-off in dozens of WWII battles on an oversize hex game board.

Each battle scenario mimics the historical terrain, troop placements and objectives of each army. Deploying forces through a variety of Command cards, the smart commander uses the unique skills of his units - infantry, paratroopers, tanks, artillery, commandos and resistance fighters - to its greatest strength.

Supports up to 8 players in team play / Overlord Scenarios/Rules.