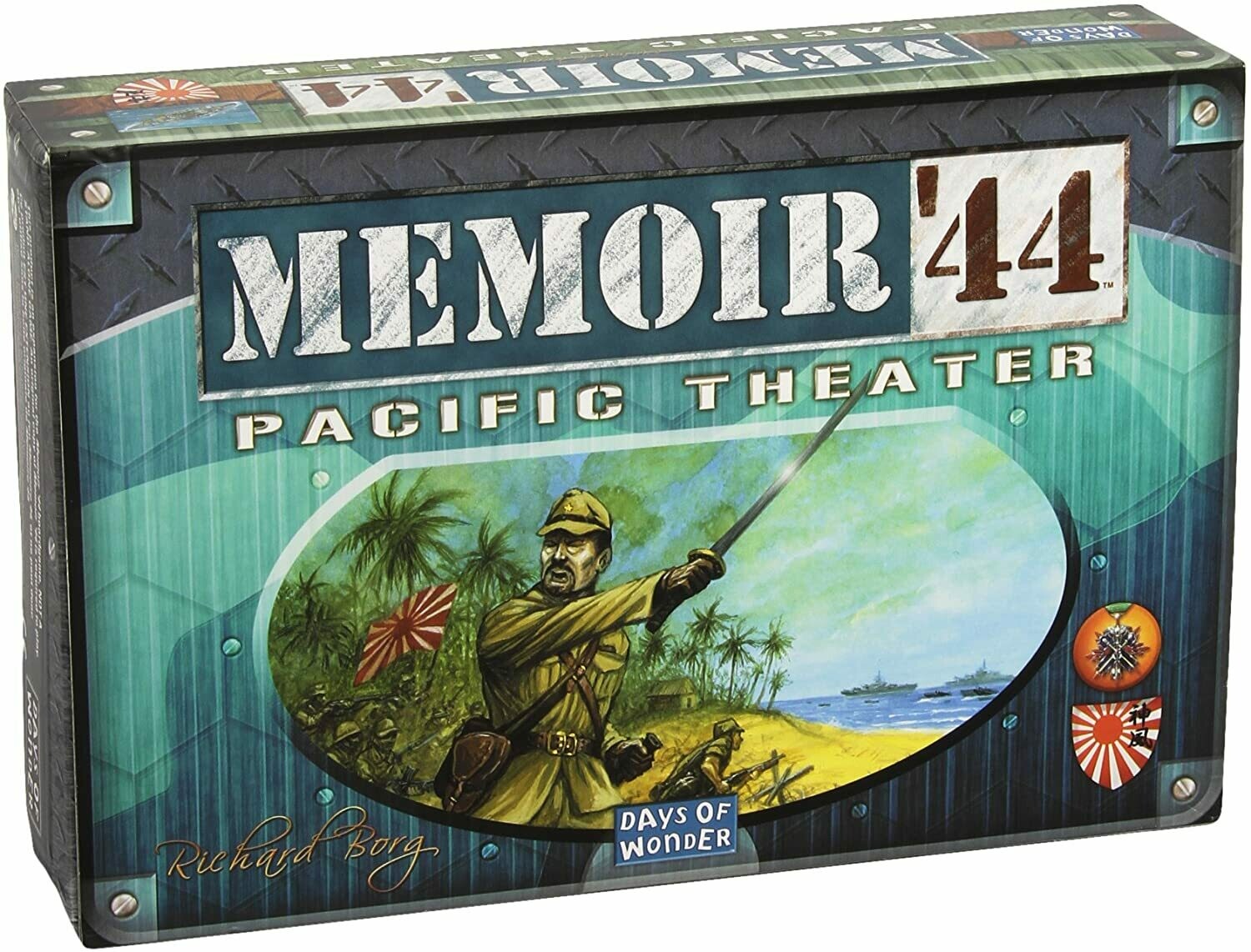 From the jungles of Japanese-occupied Burma to the desolate slopes of long-forgotten atolls, head to the Pacific Theater in this exciting expansion for Memoir'44!

You will relive some of the most ferocious battles of WWII such as Iwo Jima and Okinawa! Learn new Pacific Theater rules, like the Japanese "Banzai!" war cry or the Marines' "Gung Ho" rally cry to win the battle!