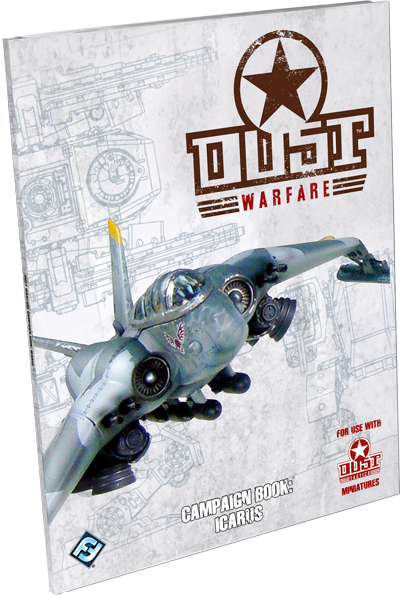 While the battle for Zverograd continues to rage, the Allies seek to gain a firmer foothold and strengthen their presence in the area by launching a daring series of raids upon Zverograd’s Axis-controlled airfield. Campaign Book: Icarus is a supplement for Dust Warfare that introduces a host of new aerial rules, plus much more. New special abilities like Air Superiority give jets the edge in dogfighting, while new platoon upgrades and a variant battle-builder take the war to new heights!