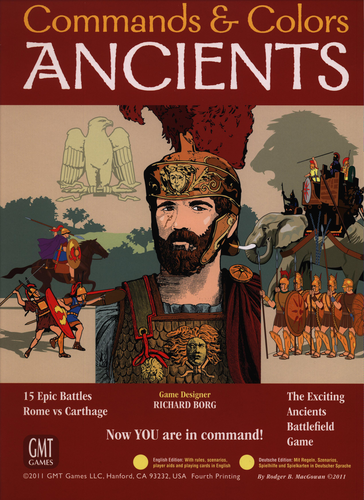 Commands & Colors: Ancients allows you to re-fight epic battles of the ancient world. Here the focus is on the two rivals for power in the Western Mediterranean – Carthage and Rome. Will you, as Hannibal, triumph over larger Roman armies; or as Scipio Africanus, will you beat Hannibal with newer tactics of your own?

Units in both armies can only move and fight when ordered. The command playing cards supply those orders, providing an element of luck that creates a fog of war and presents players with both challenges and opportunities. You must maximize your opportunities by playing your command cards judiciously. How well you handle the diverse units, their weapons, and the terrain, will determine victory.