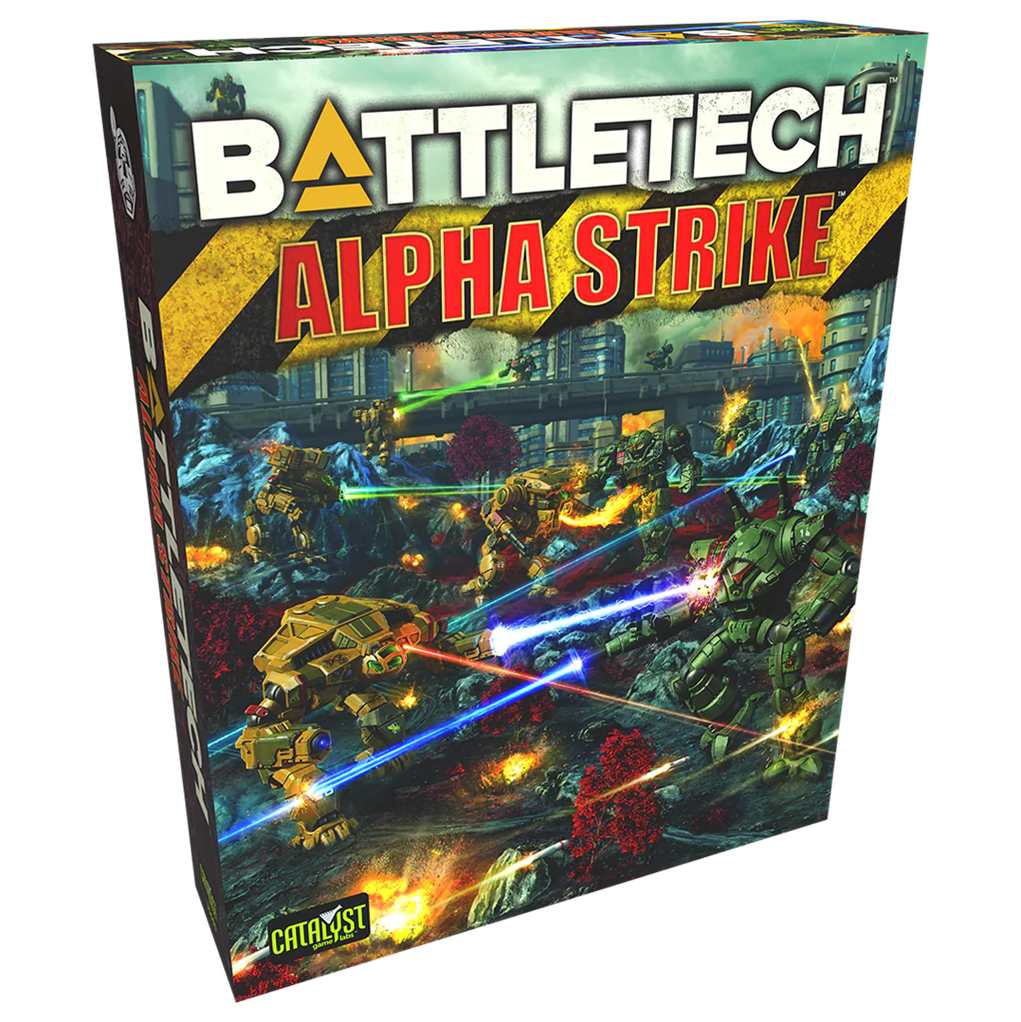 The commline ablaze with determination. An army of war-forged metal titans on the heights.

The enemy entrenched in the valley below, weapons charged and loaded.

Then you give the order, and armies surge toward each other, banners streaming as lasers, autocannons, and missiles sear and shatter! Will your star-spanning empire win the day? Only you will decide!

It is the 32nd century. For a millennia, mankind has waged wars across thousands of worlds in human-occupied space. The Great Houses. The Clans. The Periphery. A myriad of star empires claiming ascendance, as others wane or fall. They marshal MechWarriors who owe them fealty, each one the master of a towering avatar of destruction: the BattleMech.

Now you are given command of these modern-day knights, dropped onto a battlefield: use your wits and skill to bring victory, or end up a casualty on a forgotten world.

BattleTech is the world’s greatest armored-combat game. And in Alpha Strike, you take command of large-scale engagements with tabletop-miniatures gameplay designed for the modern wargamer. Inside includes everything you need to start tossing dice and charging toward the enemy on your gaming table.