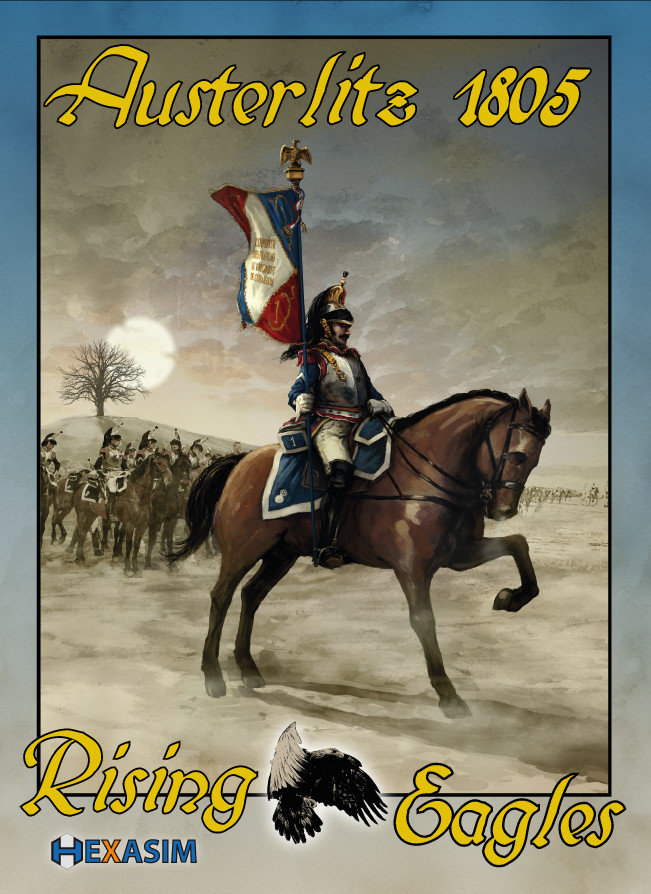 Each scenario can be played on its own card for a better playing comfort.

A campaign can also cover the complete battle in a reasonable time.

The system focuses on the morale, attrition and commitment of formations (corps) at the right time, rather than tactical chrome.

The map at the 250m / hex scale is a precise representation of the battlefield, thanks to Rick Barber's topography work and Sébastien Brunel's graphics.

The rules of order in Rising Eagles have an even greater impact than in Fallen Eagles. The ability to modify orders has been reduced, reinforcing the importance of initial planning. The fog of war has also been further developed. Players will experience a situation similar to the generals of the time, not knowing exactly what enemy formations are facing them.