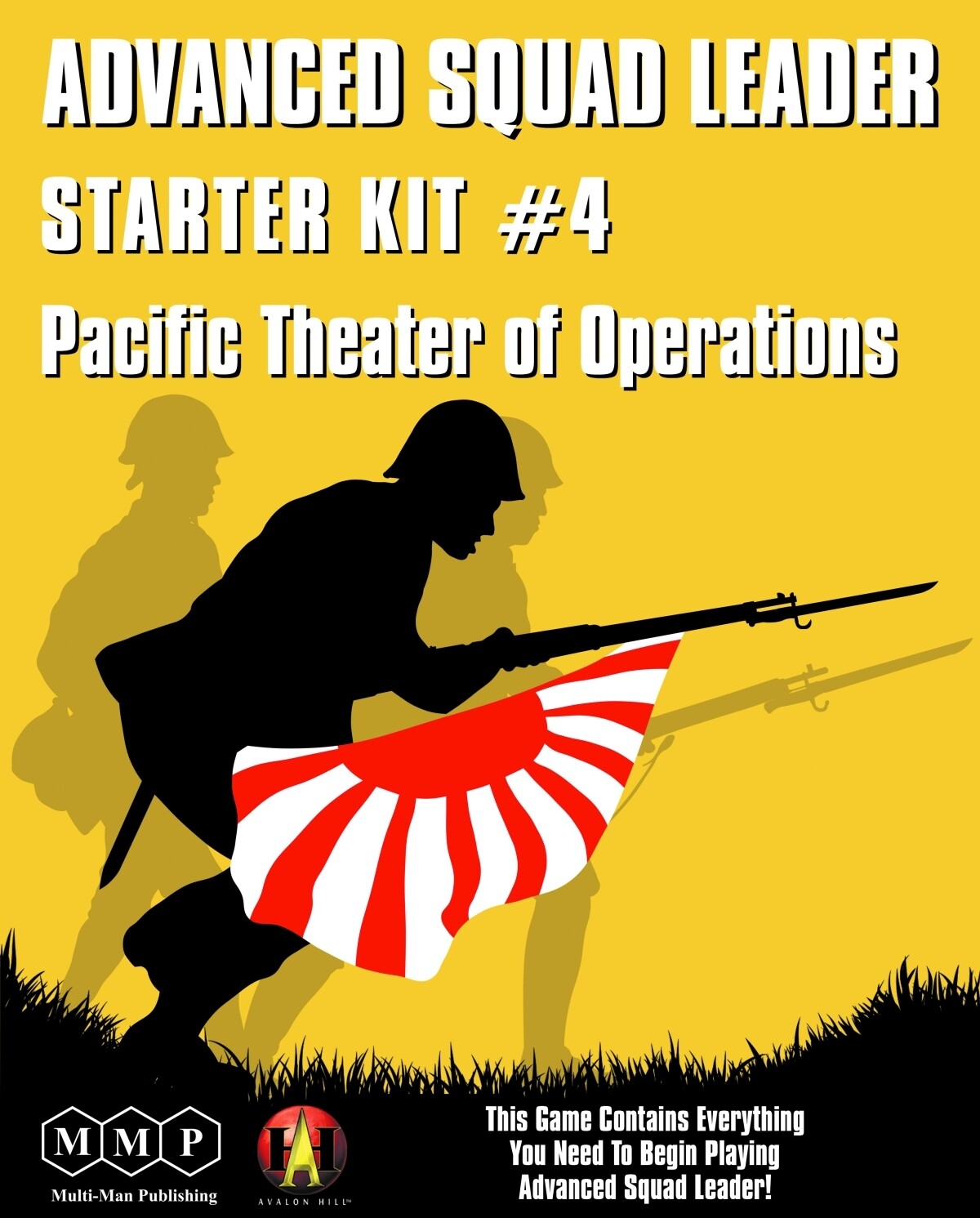 ASLSK#4 expands on the themes of previous Starter Kits by providing new counters and updated rules featuring a new concept to Starter Kit – PTO. At the heart of this module are the rules for using the Japanese Imperial forces that fought amongst the jungle and island atolls of the Pacific in terrain completely different from the European Theater of Operations and with tactics different than their European counterparts. In addition to the step-reducing Japanese infantry and new rules for familiar looking terrain, simplified rules for Banzai, concealment, and hand-to-hand close combat are introduced. Neither components nor experience with earlier Starter Kits is necessary to play.

The eight scenarios and three mapboards cover actions between the U.S. forces (Marines and Army) that opposed the Imperial Japanese Army on the islands of the Pacific and in the exotic China-Burma-India theater. From Guadalcanal to Myitkiyina to the big island of Luzon in the Philippines, these forces fought to the death from 1942 to 1945.

Each successive ASL Starter Kit module has gotten a little bit more complex. ASLSK#1 is infantry only, with Germans, Russians, and Americans; ASLSK#2 introduces ordnance and some other nationalities; ASLSK#3 introduces vehicles; Decision at Elst introduces campaign games; and of course this ASLSK#4 introduces the PTO, Japanese, and U.S. Marines.