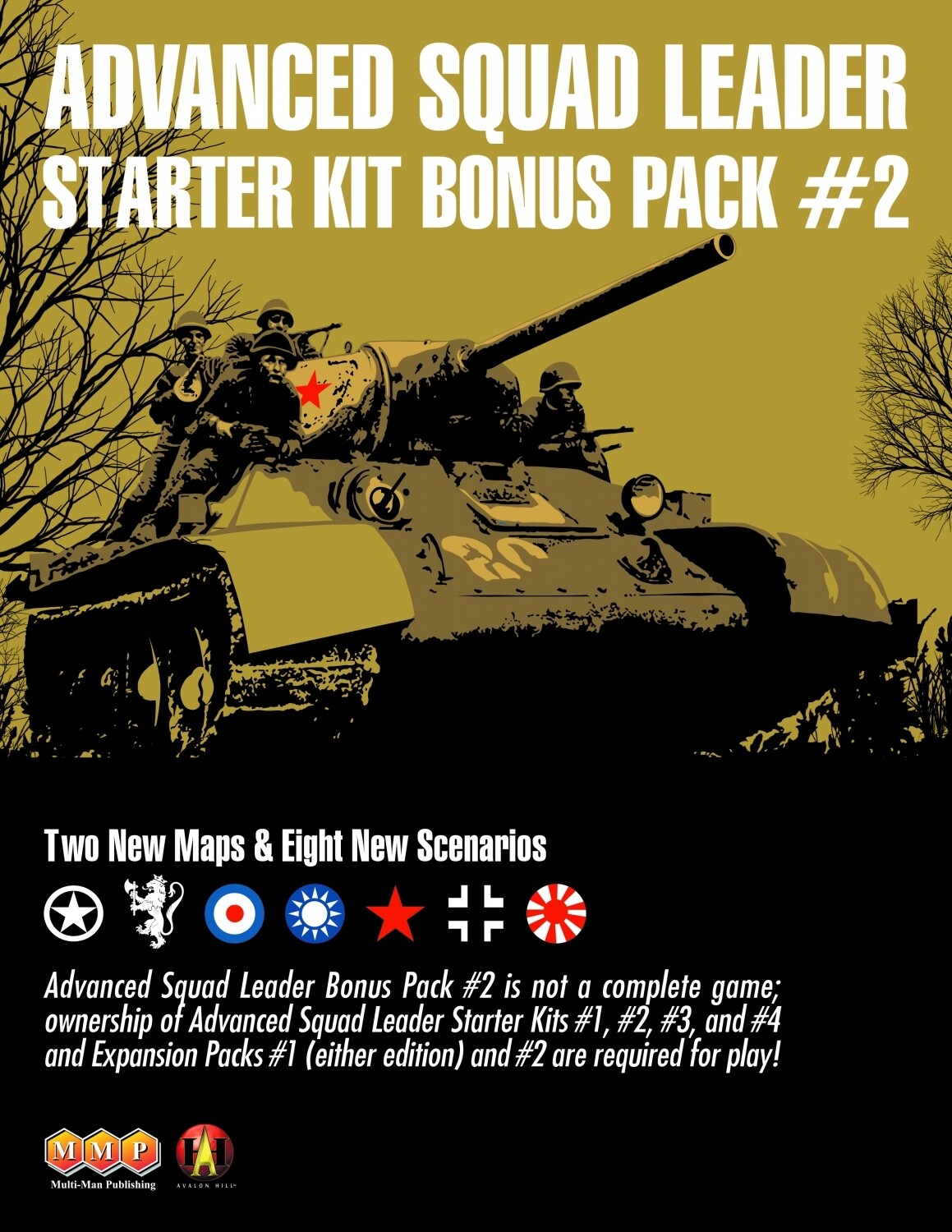 Unlike most Starter Kit products, Bonus Pack #2 is NOT a standalone game; ownership of ASL Starter Kits #1-#4, and Expansion Packs #1 (either edition) and #2 are required to play all the scenarios herein.