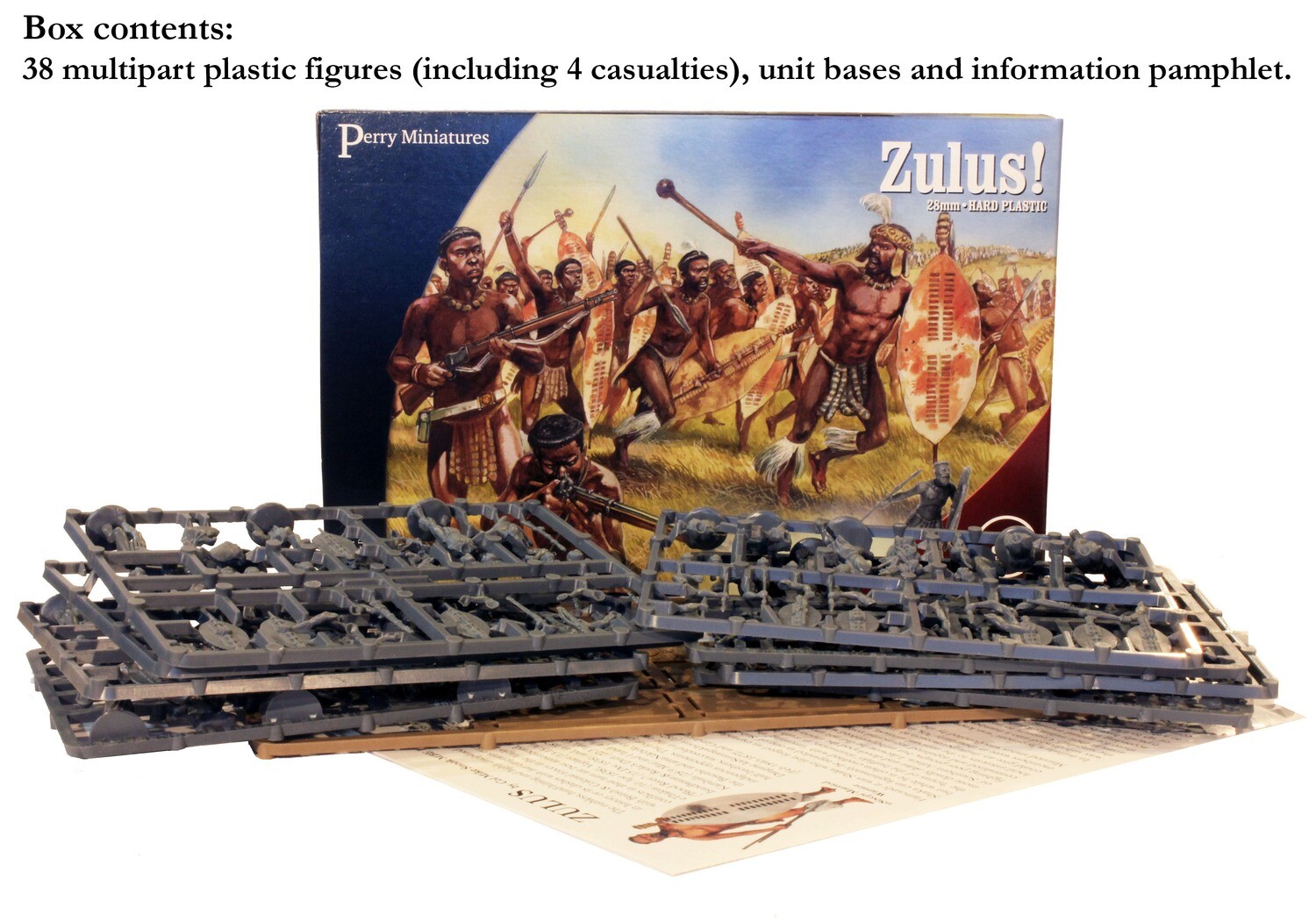 This box allows you to field 34 hard plastic 28mm multi-pose Zulu warriors with an additional four casualties. All are dressed for campaign (i.e. minimal ceremonial regalia) which additionally makes them quicker to paint.

They can be assembled as either married or unmarried regiments, all armed with spear/knobkerry or with up to 10 carrying firearms. Although they are primarily designed for the Anglo-Zulu War of 1879 they can be used for the greater part of the 19th century, fighting neighboring tribes as well as their own civil wars and the Boers.