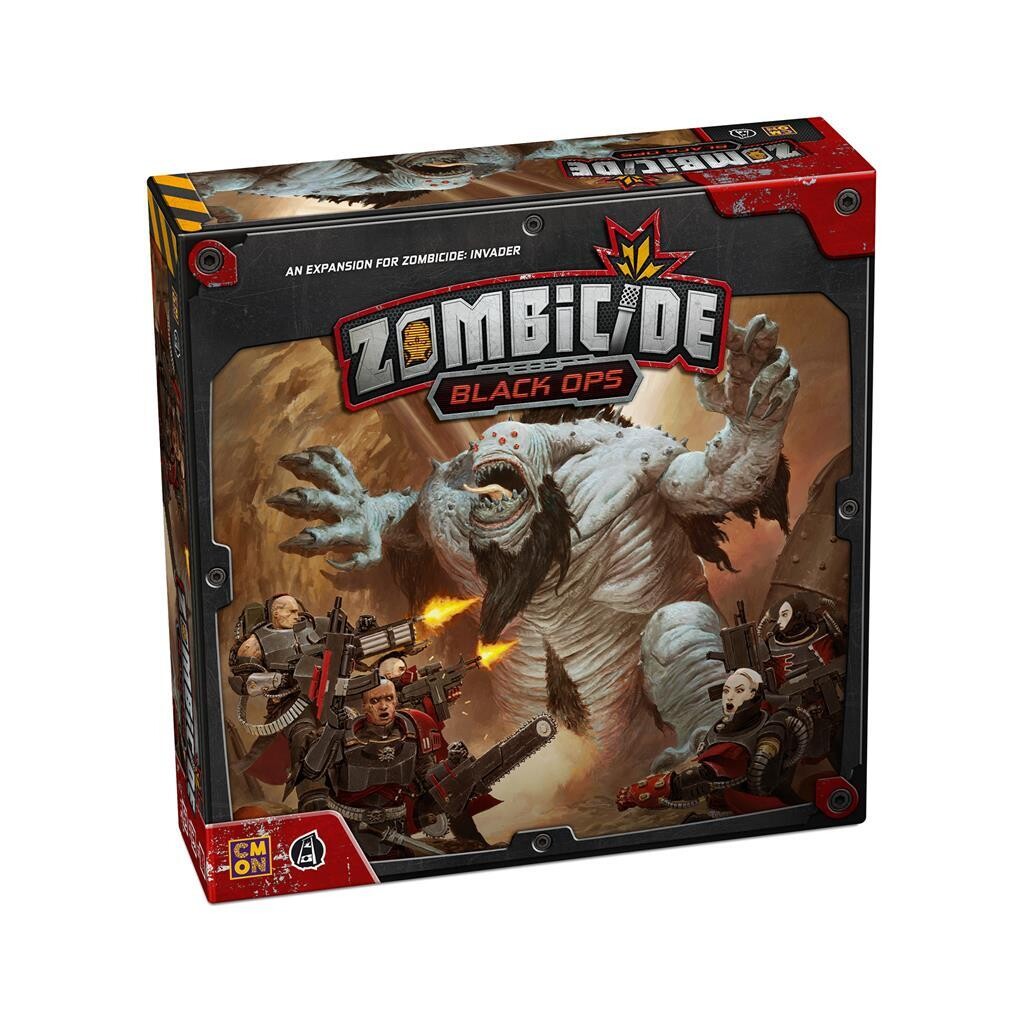 The Zombicide: Black Ops expansion raises the intensity to new heights while bringing new challenges for an elite group of Survivors! The Soldiers of Black Squad can be added to your roster, allowing you to play the game with up to 12 players at the same time!

These battle-hardened soldiers have been called in to deal with the situation on PK-L7, and find a base already being consumed by the Mold. The 10 new Missions utilize 3 new tiles containing zones already filled with Mold. That means extra Xeno spawning, and a more imminent threat of the base being lost for good. These Mold zones also feature glowing pods of an altered form of Xenium, which may be fired at causing a Hellfire explosion! As dangerous as that sounds, it may be used for our advantage, if we're careful.

This dilapidated base is also under threat of a new type of Abomination we call the Juggernaut. This thing is as ugly as it is unstoppable. Upgrading your weapon won't work, concentrating your fire won't work. I guess we'll just need to lure it into one of those sensitive Pod zones.

Black Squad brings some of its own elite equipment to the mission, including the hard-hitting XN35 "Crawley" Bot, the devastating Meteor Sentry Gun (a rail gun that can hit multiple zones), and an arsenal of powerful Starting Equipment and other gear.