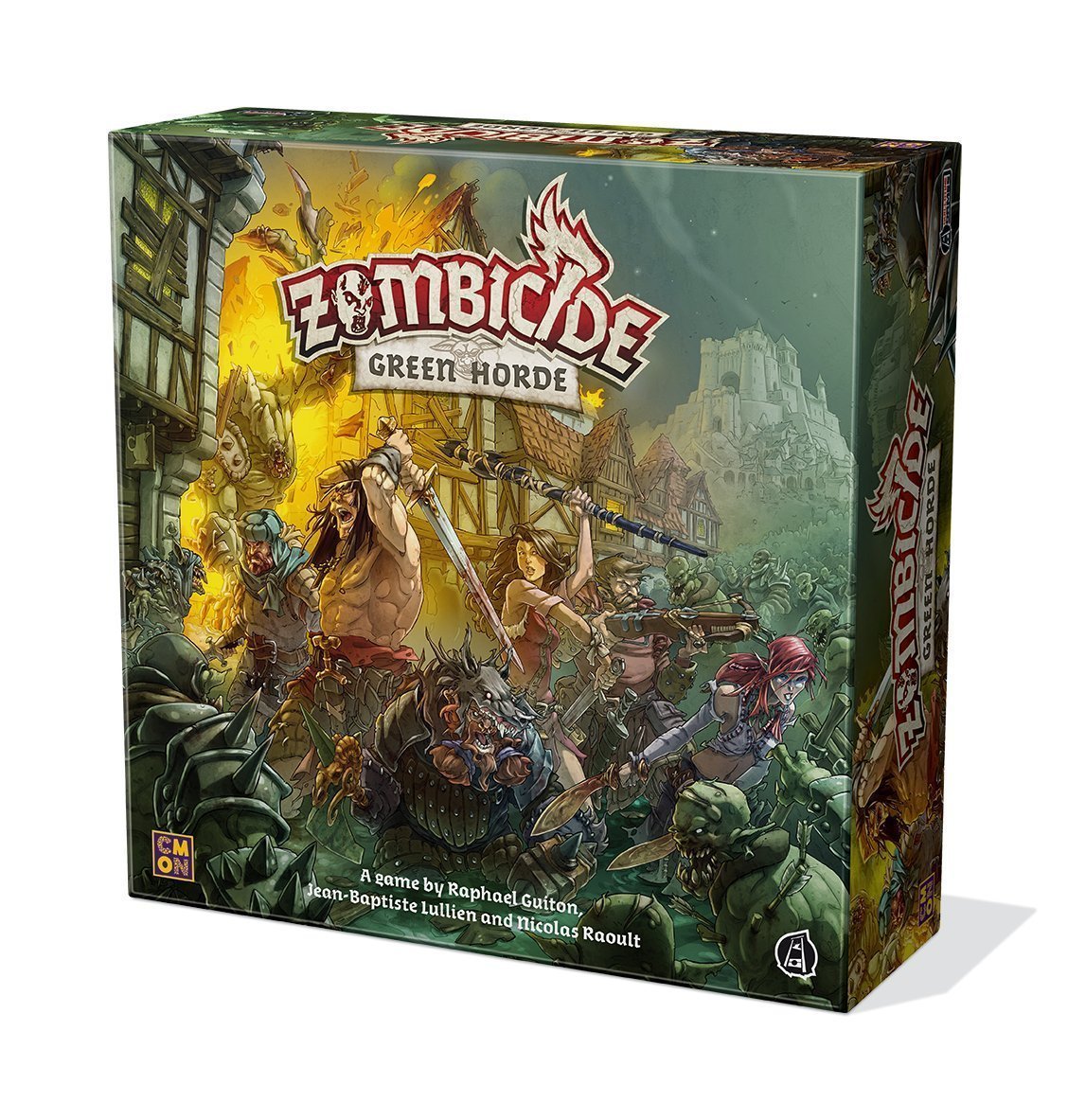 Orcs and Humans have never had a relationship. The borderlands between the two groups were regular sites of conflict, but an entire host of Orcish zombies have spilled forth. The Survivors of the zombie plague have a whole new set of problems to deal with if they want to continue breathing. Zombicide: Green Horde is a new stand-alone game in the Zombicide: Black Plague series. Players work cooperatively, taking the role of Survivors of the zombie outbreak. Each game, they have different goals to accomplish, and must utilize new strategies in defeating the deadly threat. Orc zombies are stronger and more deadly than the human variety, and they tend to congregate in large hordes, ready to ambush Survivors that stray too far from the pack.