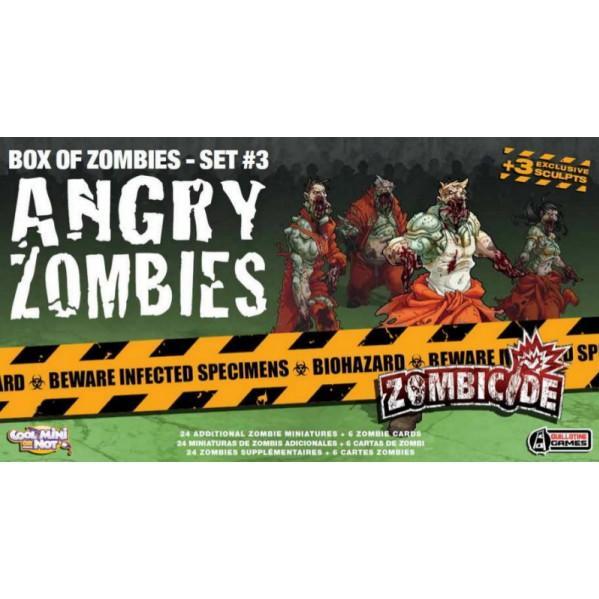 Incredibly hard to kill, the Angry Zombies are not stopped by mere bullets alone. You’re going to have to give them a good old fashioned beat down to end these mosters’ un-life. Featuring the same mechanics as the zombies from Zombicide Season 2: Prison Outbreak, Angry Zombies adds another 24 brown sculpted zombies to your Zombicide, Zombicide Season 2: Prison Outbreak, or Toxic City Mall game.