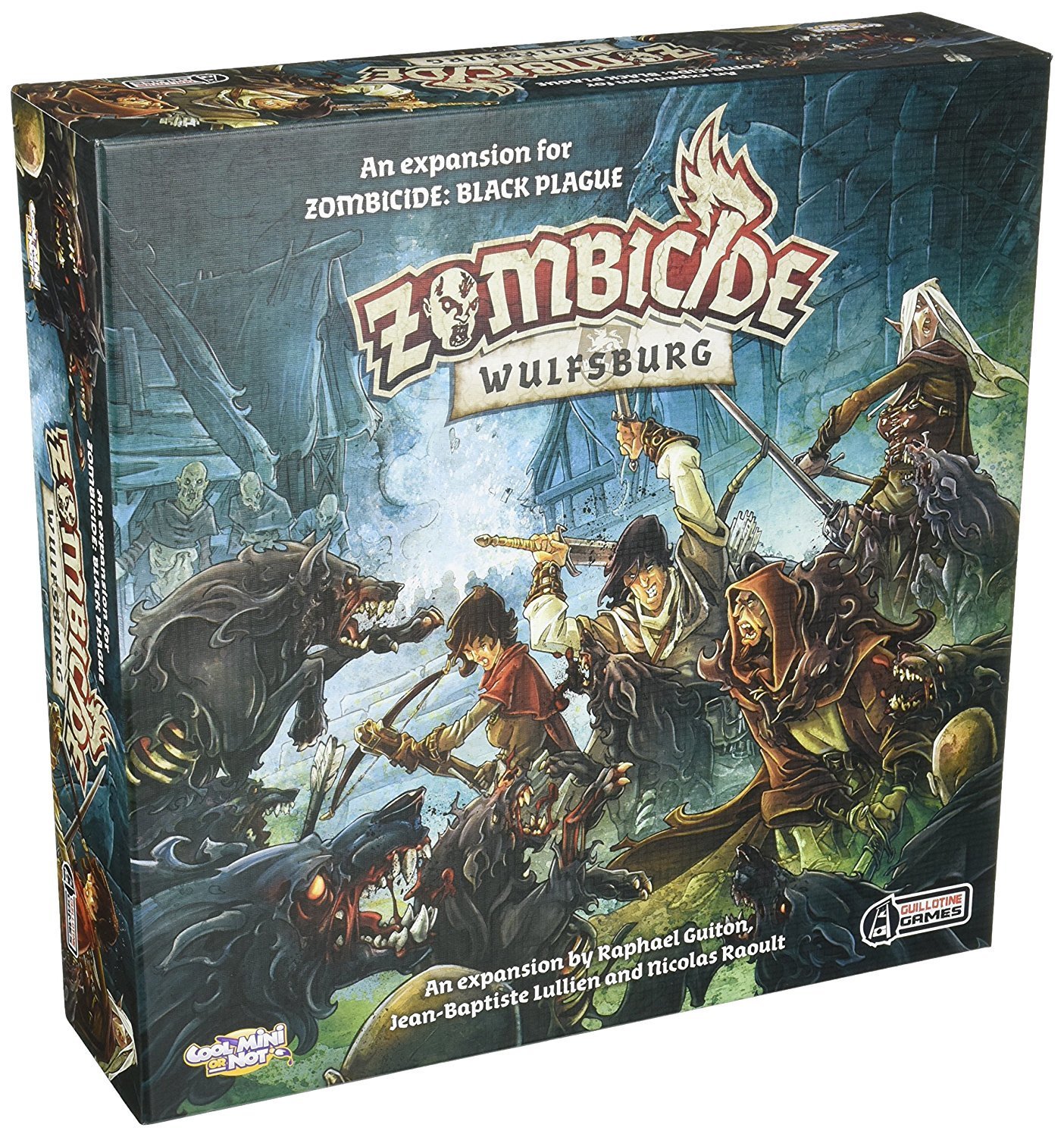 CMN-GUF002
$59.99
In stock
1
Product Details
UPC: 793631334445
Publisher: CMON / Guillotine Games
Players: 1-10
Age: 14+
Time: 1 hour
Made In: China
Designer(s): Raphaël Guiton, Jean-Baptiste Lullien, Nicolas Raoult
"The opening days of the zombie war saw the kingdom shattered. The strongest and smartest among us only survived through mass zombicide. We had no idea just how far the invasion had spread until we learned that the king’s forces were scattered to the winds like leaves and most of the great cities had fallen. However, rumors persisted of holdouts in Wulfsburg.

If we can take back one city, we can take them all back! We’ll liberate Wulfsburg and save its stalwart holdouts. We’ll teach them all the true meaning of…

Wulfsburg is an expansion for the Zombicide: Black Plague board game. Explore new ways to hunt zombies with four new survivors and 18 new Equipment cards featuring magic weapons and potent spells! Beware, however: the quick and merciless Zombie Wolfz are on your tail all through 10 breathtaking new missions. Slash your way to the top of the towers marking your new hunting ground. Who’s the apex predator now? Welcome to Wulfsburg!

A Zombicide: Black Plague core game is needed to enjoy this expansion.

Wulfsburg not only introduces four new survivors to your Zombicide: Black Plague games, but each of them comes with their own plastic dashboard, colored bases and trackers. That means this expansion allows you expand your group to up to 10 survivors at the same time!

You’ll need all the help you can get when fighting the Wulfsburg zombies: packs of ravenous zombie wolves (or Wolfz)! Even faster than Runners, these Wolfz can easily tear apart any careless survivor. And pray the pack leader doesn’t show up. Just as relentless as the normal Wolfz, the hulking Wolf-Bomination is as resilient as any Abomination, also ignoring any armor on its attacks.

To help you on your quest, Wulfsburg comes with several unique magic equipment. Most of these items are so powerful that survivors are only able to wield them once they reach a specific danger level.