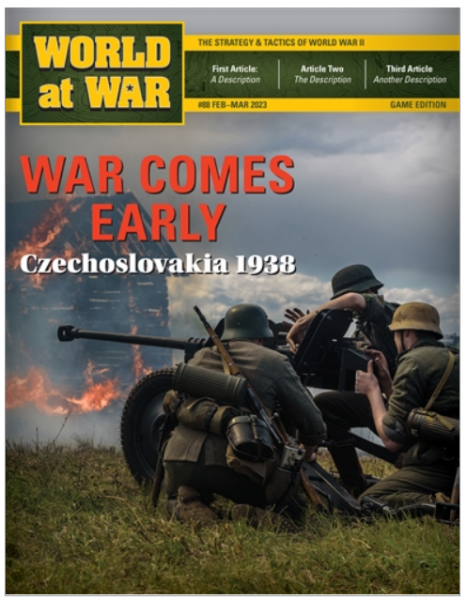 War Comes Early (WCE) is a low to intermediate complexity two-player alternative history wargame. It investigates the parameters of the six weeks of the conflict that would have resulted had the Czechoslovakians refused to accept the Munich Agreement. Had they been willing to fight the Soviets were pledged to come to their aid as fully and directly as possible. That intervention would have immediately escalated the crisis beyond a Czech German one and into the realm of a major war. The game is restricted to covering the hypothetical war’s first six weeks in October and the first half of November. That is because none of the participants had the logistical wherewithal to go on fighting longer than that without a pause to resupply.