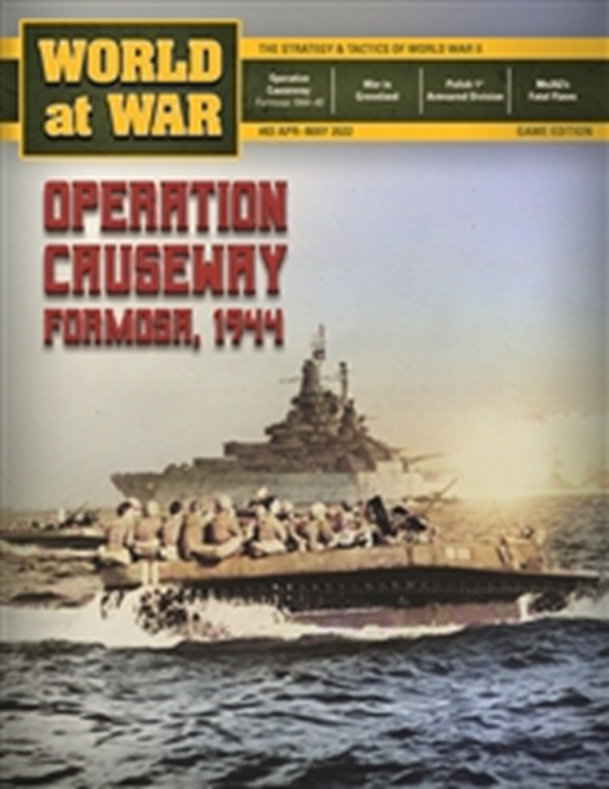 Operation Causeway: Formosa 1944 is an operational-level two player wargame covering the planned but never executed Allied invasion of the island of Formosa in World War II. Had the operation been executed, it would have been the largest amphibious invasion of the Pacific Theater of Operations. The Allied objective is to gain control of Formosa with a minimal number of losses. The Japanese objective is to inflict sufficient cost in terms of manpower and delay to make the invasion counterproductive for the Allies.