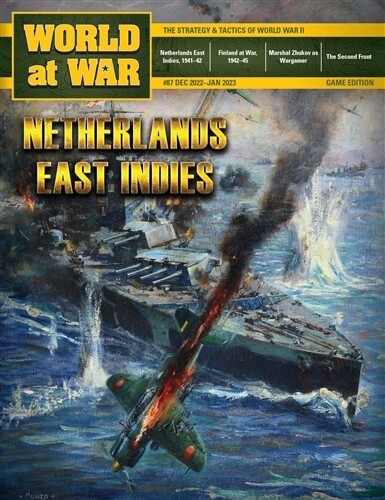 Netherlands East Indies: 1941 to 1942 is an operational wargame of the campaign in 1941-42 in which the Japanese seized control of the Dutch colonial empire in the South Pacific. NEI is a combined naval-air-land campaign, in which operational capabilities can be decisive. The game system shows the effects of various operations over the course of a scenario. Players conduct Actions which encompass discrete combat, logistical, intelligence and other operations. A player can conduct one or more Actions per turn. All units in the game use a similar combat system. The system shows the interaction of naval, air and land forces. At stake: the resources of the South Seas and the gateways to the Indian Ocean and Australia.