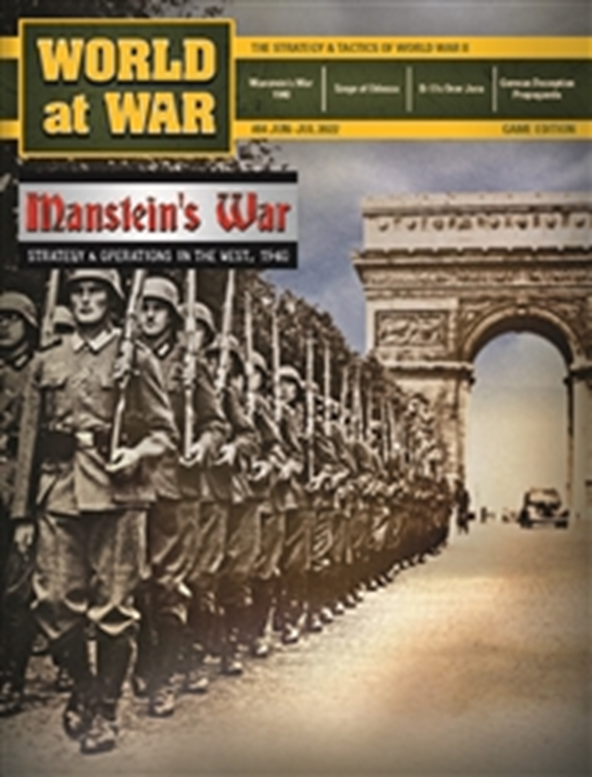 Manstein's War: Decision in the West 1940 is a two-player wargame of the German offensive in Western Europe in May-June 1940 in which the Wehrmacht seized a stunning victory over Allied forces in the Low Countries and France. The game uses a variant of the Boots system to model command, control, and logistics on an operational scale. Both players can fight a campaign of mobility and decisive battles.

The general structure of the game is that each player uses command markers to activate their forces, which are divided into sub-commands (army groups and similar echelons). Each player has special markers which provide additional operational capabilities. Can you turn the tide of history in that decisive spring of 1940?