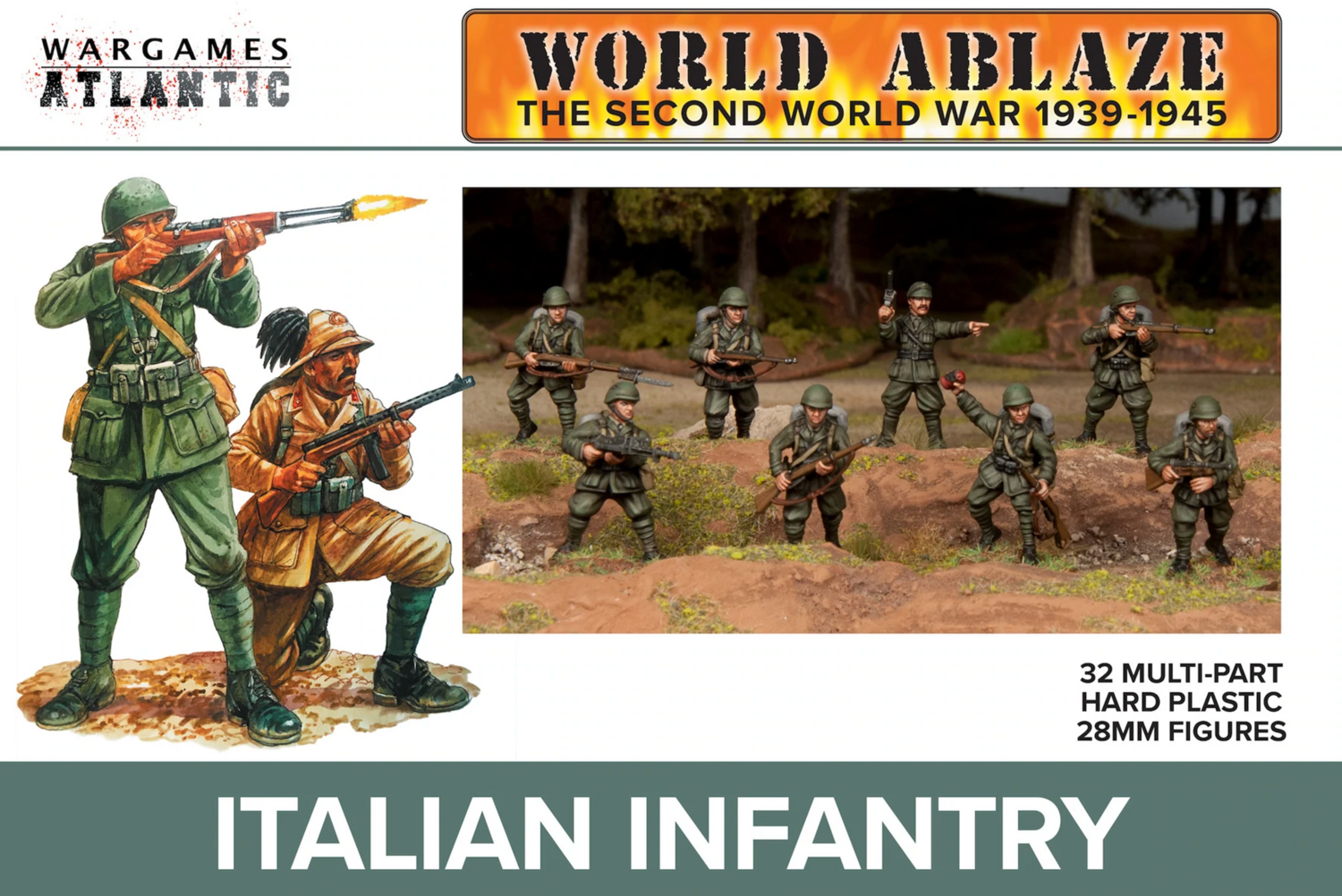 “Believe, Obey, Fight!” was the slogan of the Fascist government of Italy under Mussolini as it entered World War 2 as an Axis member. Italian troops fought in France, North Africa, Eastern Europe, Russia and on other smaller fronts in the war. The Allied invasion of Sicily in 1943 sparked an Italian Civil War with Italy surrendering to the Allies in the spring of 1945.

This hard plastic box set allows you to build up to 32 soldiers equipped with standard Carcano rifles and carbines, Beretta Model 38s, Breda 30s, grenades, pistols, and more. You can also build up to two Breda 37 heavy machine guns with crew. Several different heads are included for all figures including the standard helmet, pith helmet, Alpine hat, Bustina, and separate feathers to create Bersaglieri!