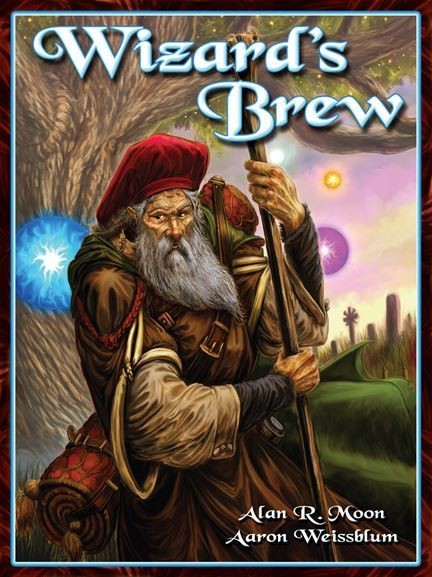 Wizard's Brew is a board game from Alan R. Moon (Ticket to Ride!) and Gryphon Games!

Wizards roam the land wielding the four elements in a quest to complete their brew -- the elixir of life. Prove that you're the world's greatest alchemist by using powerful spells to control the elements and be the first to acquire the ingredients needed to complete your wizard's brew.