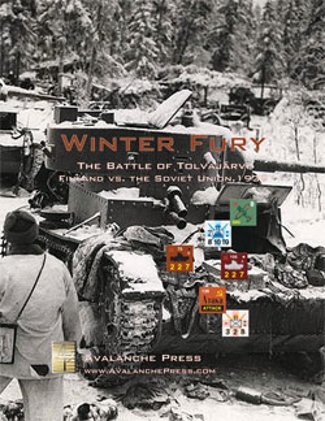 Winter Fury: The Battle Of Tolvajarvi (Finland vs The Soviet Union, 1939)

At the end of November 1939, the Red Army sent about 450,000 men into Finland in an attempt to conquer the Soviet Union’s much smaller neighbor. In what became known as the Winter War, ferocious Finnish resistance soon shocked the world and inflicted repeated defeats on the invaders.

The Soviet plan included attacks in the dark forests of Eastern Karelia, attempting to outflank the stout line of Finnish fortifications to the south. Their 139th Rifle Division advanced in early December 1939 along the river Aittijoki, faced by only a handful of Finnish battalions. The Finns panicked in some places, and a near-rout seemed inevitable. Finnish Marshal Carl Gustav Mannerheim sent a small group of reinforcements led by Col. Paavo Talvela, previously in charge of buying artillery ammunition for the army.

Talvela proved that a warrior lived within the bureaucrat's heart, as he put new heart into his men and stemming the Soviet advance. After heavy fighting, the Finns had destroyed the 139th Rifle Division and routed the 75th Rifle Division. But they suffered serious losses as well, as the Soviets here had committed ski troops of their own including the “Red Finns” seldom mentioned by Finnish writers.

Winter Fury re-creates the twin battles of Tolvajärvi and Ilomantsi from 1939, as well as the 1941 Finnish offensive over the same ground - resisted by the 71st Rifle Division made up of the Red Finnish survivors of 1939. It uses our Command & Control “variable impulse” game system to model the two armies’ very different capabilities. Each turn, each player puts a number of markers into a common container. These are then drawn one by one, the number drawn varying with the current weather condition. The Finnish player has weaker forces, but will usually draw more markers and these allow the Finns to conduct more operations. The good Finnish units are better than the Soviet ones, and more mobile in the forests. The Soviet cannot move his or her divisions together, complicating the Red Army’s efforts. But Soviet artillery is very powerful while Finnish guns are little more than a nuisance. The Soviet player also has tanks and armored cars, which not only are powerful in battle (at least on the roads), they also might cause the Finns to panic and run away.

Winter Fury is the second in our line of Playbooks: a 64-page book about the battle and the forces involved that also includes a complete historical game on the subject. The book includes a lengthy background piece by David Lippman as well as rules, scenarios and other historical data. There are 220 playing pieces and a 28x22-inch map.

Winter Fury is a new edition of a boxed game we published in 2000; this edition has a completely new map, more pieces and way more fun.
Save this product for later
Display prices in: USD
1-513-201-7672
mrb.rockinbgames@gmail.com
www.shop.rockinbgames.com