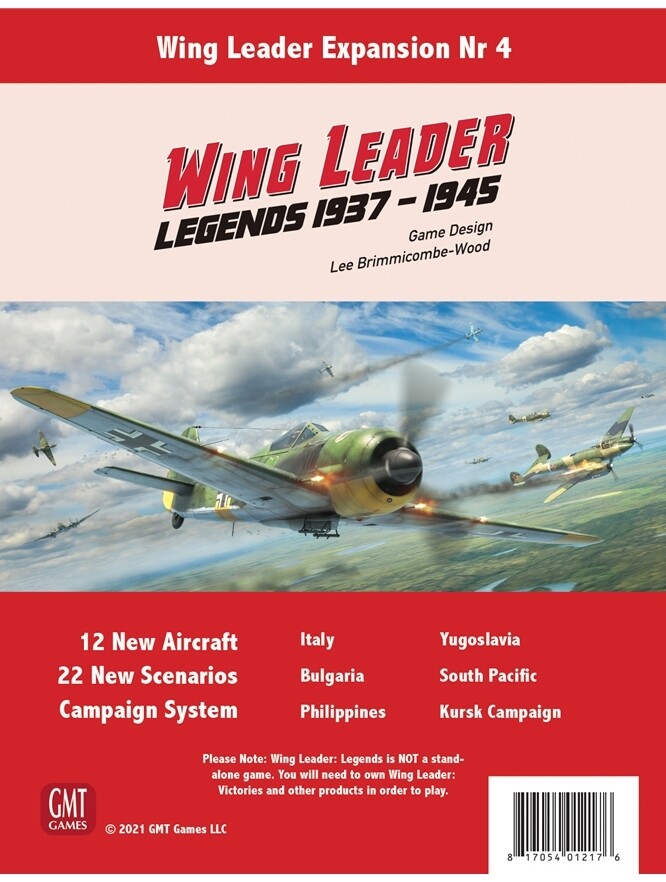 Wing Leader: Legends 1937-1945 is the fourth expansion for GMT’s Wing Leader system. In Legends, we seek to cap the Wing Leader game system by bringing together previous games and expansions in a series of crossover scenarios.

Featuring combat from the beginning to the very end of the war, Legends features some of the smaller air forces. The Chinese over Nanking, the Yugoslavs over Belgrade, and the Bulgarian defense of Sofia all appear. The last gasp of the Regia Aeronatica over Sicily and Calabria are captured in a series of exciting scenarios. There are new scenarios for China and France. Old favorites, including the Pacific and Eastern Front, also feature, matching Italians against Soviets or recreating the famous Battle of the Bismarck Sea.

New Aircraft range from the obscure Yugoslav IK-3 interceptor to the American P-26 ‘Peashooter.’ Italian types including the G.55 fighter and the Z.1007 bomber also appear.

In addition to new aircraft and scenarios, Wing Leader: Legends features a whole campaign system, replicating the experience of the desperate air battles over Kursk in the summer of 1943.