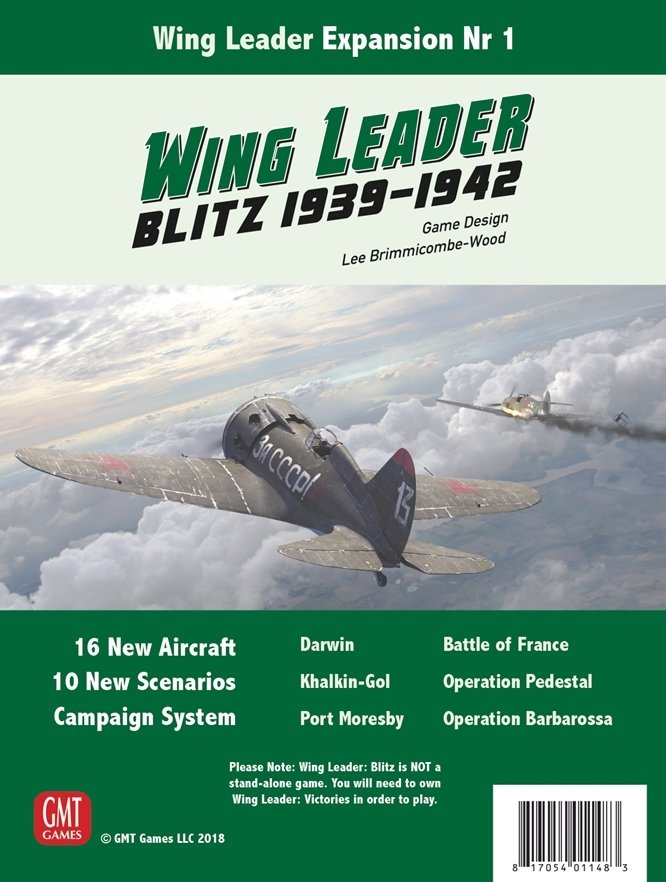 In addition to new aircraft and scenarios, Wing Leader: Blitz features a brand-new campaign system, which recreates air actions in the early weeks of the German invasion of the Soviet Union. The campaign comes with its own 11 x 17” campaign map, while special markers for tracking bomb damage are included for the first time. The campaign will confront the German and Soviet players with tough decisions on targeting, attack planning and raid execution in the desperate days of Operation Barbarossa.

Wing Leader: Blitz brings the major air combats of the Blitzkrieg right to your gaming table!