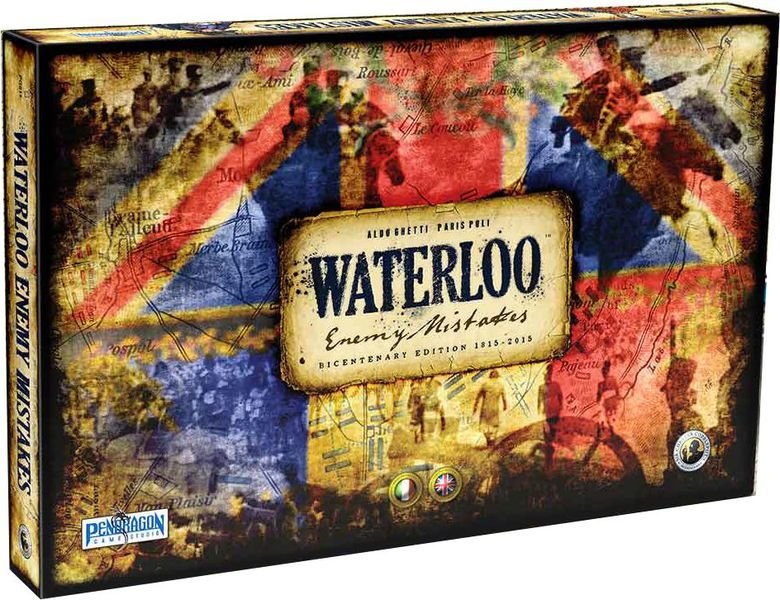 Spring 1815. Napoleon Bonaparte, after fleeing the Island of Elba, returns to the command of France. The Seventh Coalition, a military alliance between the English, the Prussians, the Austrians, and the Russians, is mobilizing the army to confront him. Napoleon, with an army drafted from the northern border of France (the so-called Armée du Nord), starts an offensive with the intent of defeating the four different armies, separately, away from one another. This plan consists of driving a wedge between the Prussian and English army, to chase away the former and annihilate the latter.

June 18, 1815, 9 o’clock, 5 kilometers south of Waterloo, in Belgian territory. The army of Arthur Wellesley, Duke of Wellington, composed of 68,000 English, Dutch, and German soldiers is deployed behind a hill crest, waiting. Napoleon, with the force of 72,000 French soldiers, studies the battlefield that has transformed into a morass, following the previous night’s storm. He must delay the attack, hoping that the terrain dries; otherwise, the artillery will lose its efficiency.

A game to rewrite history

Time: 11:30, he cannot wait any longer. The French cannons start the bombardment, and the last of Napoleon’s battles.

The battle lasted more than eight hours, and the losses were devastating (more than 15,000 Englishmen, 7,000 Prussians, and 25,000 Frenchmen): in the end, Wellington’s army wins thanks also to the entrance of General Blücher’s Prussian army. Napoleon flees from the battlefield, unscathed, but the defeat marks his end: on July 15, he surrenders to the English army. He is arrested and exiled to the island of Saint Helena, in the middle of the Atlantic Ocean, where he dies on May 5th, 1821.

This is what History dictates, but now it is your turn: Waterloo: Enemy Mistakes turns back the clock to 11:30 of that morning and gives you the command of the armies on the battlefield. Now you have the exciting privilege to walk in the shoes of great generals and rethink their strategies, modify their tactics, and correct their mistakes.

Waterloo: Enemy Mistakes™ is a strategic game about the immense last battle of Napoleon Bonaparte that forever changed the destiny of modern Europe, for 2/3 players, from 13 years old and over, for an average time of 150 minutes.

Waterloo: Enemy Mistakes™ recreates, on the occasion the bicentenary of the battle, the clash between the British line-up, helped along by the Prussian army, and the French one.

The players identify themselves with the Commanders of the armies: in two players one leads the Duke of Wellington, in opposition to Napoleon Bonaparte. To complete the main scenery there will be, eventually, a third player in representation of the fieldmarshal Gebhard Leberecht von Blücher, leader of the Prussian.

Waterloo: Enemy Mistakes™ allows the players to recreate or subvert the history of the important military fact that took place the 18th June 1815.

Waterloo: Enemy Mistakes™ was developed by the authors in a decade to allow players to make important decisions (like giving orders, activate units, maneuver them and support them during ongoing attack to make them even more effective) without having to worry about small tactical matters.

In Waterloo: Enemy Mistakes™ players fight an immense battle: 3 Commanders in Chief give instructions to the 14 Generals, who leads 141 Units (corps of artillery, foot soldiers and cavalries) on the big battlefield. The game uses a die as a random factor, but the focus of the gameplay emphasizes above all the elements that characterize the commands and the decisions the players have to do.