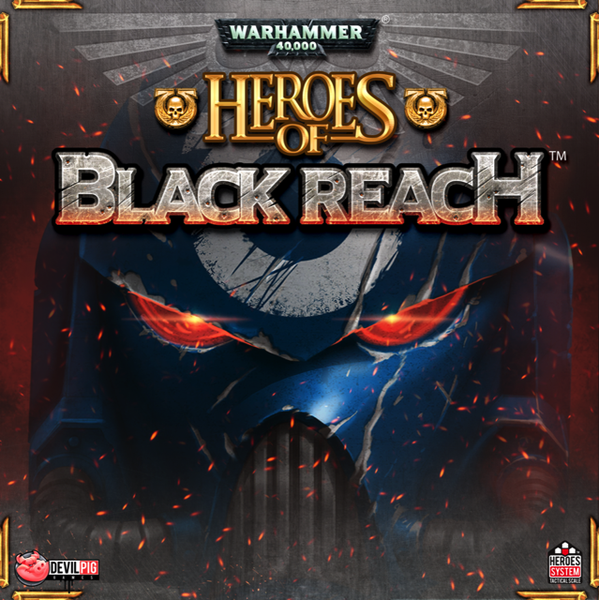 Forget all your preconceptions of war, of battle-lines clashing in the churned ground. Your mission is to attack before the foe even realizes that the war has begun, to strike hard at those vital weaknesses that all armies possess, but that no commander will admit to.

On the world-hive of Black Reach, an Ork Waaagh! breaks, jeopardizing this sector of the galaxy !

You will soon be able to help the Ultramarines in their merciless fight against the Warlord Zanzag and relive the grim adventures of Captain Cato Sicarius and Sergeant Scout Marines Torias Telion!

Heroes of Black Reach is played over a series of Game Turns. Each Game Turn is divided into three phases:

Order Phase: During the Order Phase, both players assign Order Tokens to their Units. Only Units that have Order Tokens will be able to move and attack during the Activation Phase (the others will have a chance to act during the Supply Phase, so don’t worry).

Activation Phase: During the Activation Phase, the players take turns activating their Units and taking actions. Normally, only Units marked with a Numbered or Special Order Token can take actions during this phase, but some Action Cards and Special Abilities may allow a Unit to act out of turn.

Supply Phase : During this phase, Units that did not receive an Order Token (not counting Bluff Order Tokens) and do not have an Activated Marker may take a Movement Action. Some Special Abilities or other effects may even allow them to take other actions. Then the players get ready for the next Game Turn.