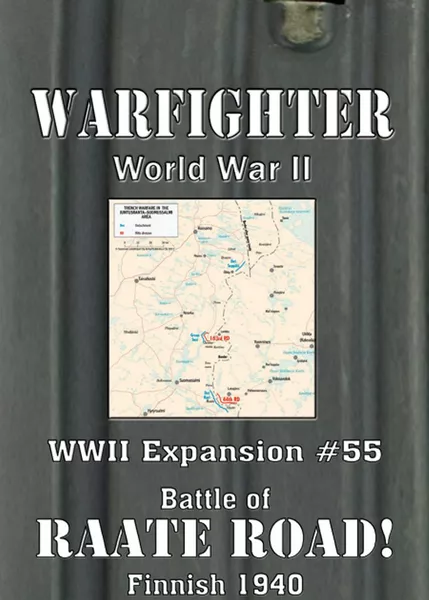 On December 7, 1939, the Soviet 163rd Rifle Division attacked and captured the town of Suomussalmi, Eastern Finland. The objective was to cut Finland in half in the middle, cutting off supply routes from Sweden and Norway and splitting the defense into several separate regions without mutual support. The Soviet battle plan called for the 9th Army to swiftly advance along the northern roads from Suomussalmi to Oulu in a Blitzkriegish fashion.

The Mechanized divisions swiping the few defenders with ease and reaching Oulu in a couple of weeks. However, attacking with Mechanized Divisions along a 6m wide snow fringed dirt road, in the Arctic Winter, had its hazards. The 163rd Division and the reinforcing 44th Division soon found themselves surrounded and divided into small encirclements, "Motti"'s. The Battle of Raate Road had begun.