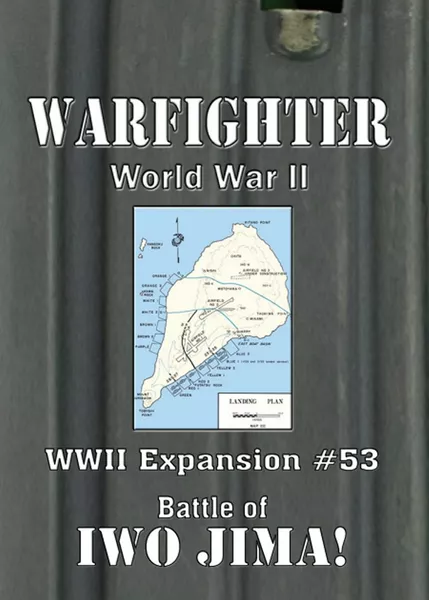 The battle for Iwo Jima was one of the most difficult and hard-fought in the Pacific campaign, from February to March 1945. The Japanese defenders were dug into well-entrenched underground bunkers and natural cave systems on the island, and even though the Americans had numerical, logistical and aerial supremacy, a high price was paid for the hard-won victory. In the iconic photo of the six Marines raising a flag over Mount Suribachi, three were killed in action days after, testament to the ferocity of the fighting.

Warfighter WWII Expansion - #53 Iwo Jima presents new subterranean locations with close-quarter impediments (such as locked doors and booby traps), along with new soldiers and skills focused on built-up area combat, reflecting the indomitable fortitude of the US Marines over the five-week campaign as they rooted out the enemy from tunnels and holes.

This set adds 56 cards to your Warfighter WWII Missions! This is a Soldier pack with new Hostiles, Soldiers, Locations, Missions, Objectives, Weapons, Equipment, and Skills.