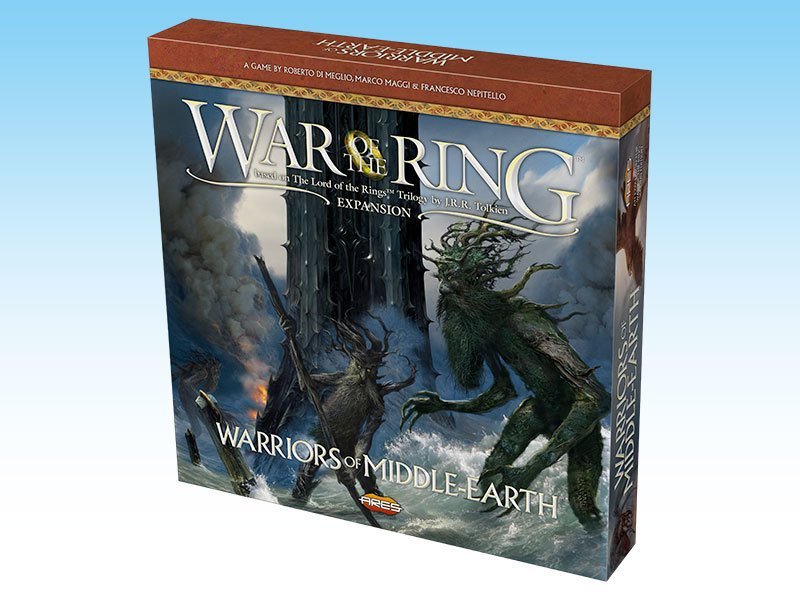 War of the Ring: Warriors of Middle-Earth Expansion

Warriors of Middle–Earth™, the new expansion for War of the Ring™ Second Edition, brings a whole new level of strategy to all players of the award–winning Lord of the Rings™ boardgame, with many fresh and exciting gameplay possibilities to explore.

Many folks and creatures played a part in the War of the Ring: the mysterious Ents, the Dead Men of Dunharrow, the Great Eagles of the Misty Mountains, the Corsairs of Umbar, the Wild Hillmen of Dunland, the Giant Spiders of Mirkwood and Mordor.

Warriors of Middle–Earth™ gives new depth to the deeds of these combatants — previously featured in the game only as Event cards — now making them an essential part of the game, complete with unique figures and special abilities.

As the Free Peoples player, you can now muster the Ents to free Rohan, or even send them to protect Lórien or Gondor; storm the lands of the South leading an Army of the Dead; fly with the Eagles to the rescue of the Fellowship or to relieve a siege.

As the Shadow player, you can sail the dark ships of the Corsairs along the river Anduin or the coasts of the Western Sea; lead a horde of Dunlendings to take Edoras or put the Shire to the torch; let giant Spiders crawl out of the darkest recesses of Middle–earth to terrify your enemies...

With new special dice, two decks of Faction Events, and new figures, Warriors of Middle–Earth™ greatly expands the options of both Free Peoples and Shadow, and makes every War of the Ring™ Second Edition battle even more challenging and fun.