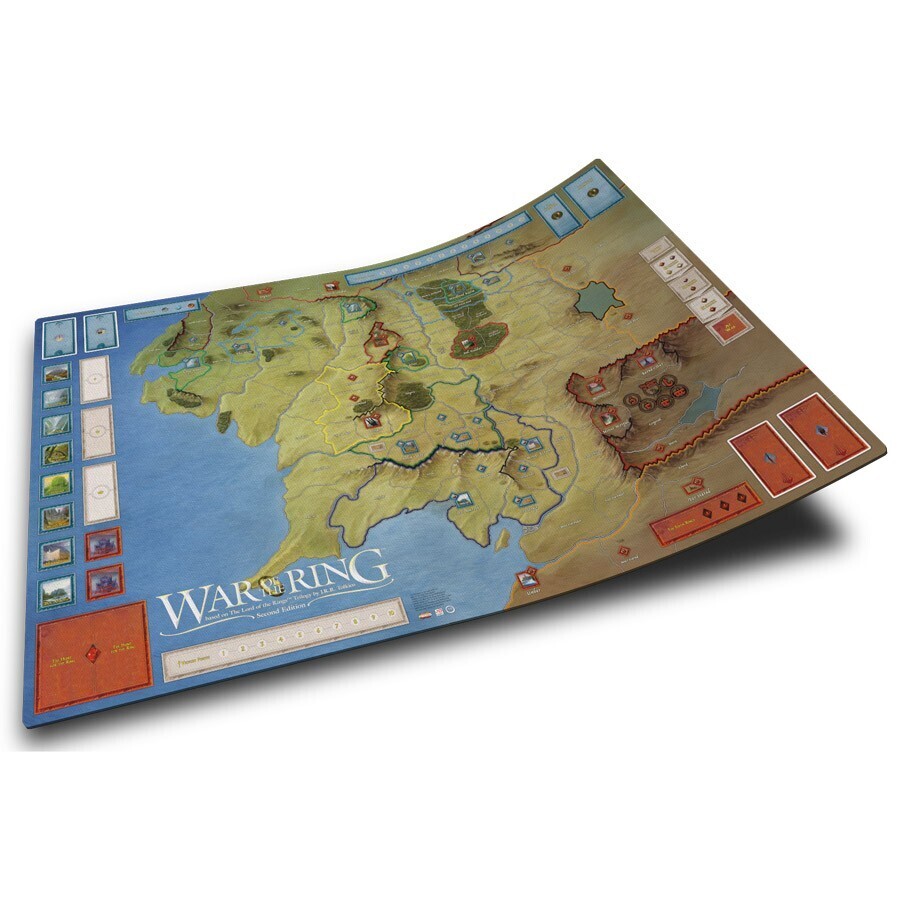 War of the Ring Second Edition is widely recognized as the best strategy board game based upon the works of J.R.R. Tolkien and the ultimate gaming experience set in Middle-earth. The War of the Ring Anniversary Edition, produced in a limited number of copies, included a larger game board, and players have been asking for a similar board to be offered as a regular product.

The game mat provides a gaming surface similar in size to the Anniversary Release game board -50% larger than the normal board included in 2nd Edition. With this deluxe game accessory, players will have a durable game board with even more room to maneuver the 205 miniatures used in the game.