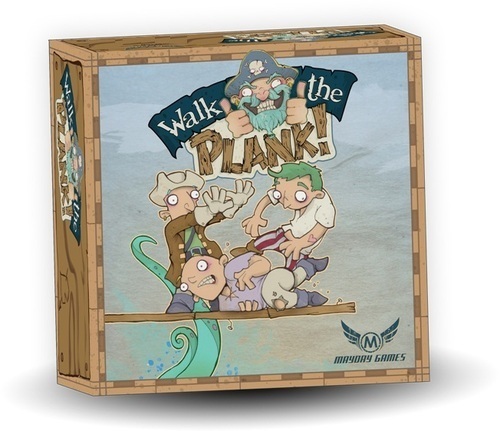 You are the worst pirates in the ship's crew. The captain has rounded you up because you're all too lazy and not bright enough to be worth your share of the treasure. Owing to a shortage of pirates, the captain has decided he is willing to keep two of you in his crew. To prove you are worthy, you will fight among yourselves, trying to shove other players' pirates off the end of the plank while keeping yours alive. The last two pirates still alive will remain in the the crew, the rest are kraken food!

Walk the Plank! is a game of high sea's fun where players choose actions that move their pirate pieces along the plank, pushing and pulling each others pirates off the the end and into Davy Jones Locker!