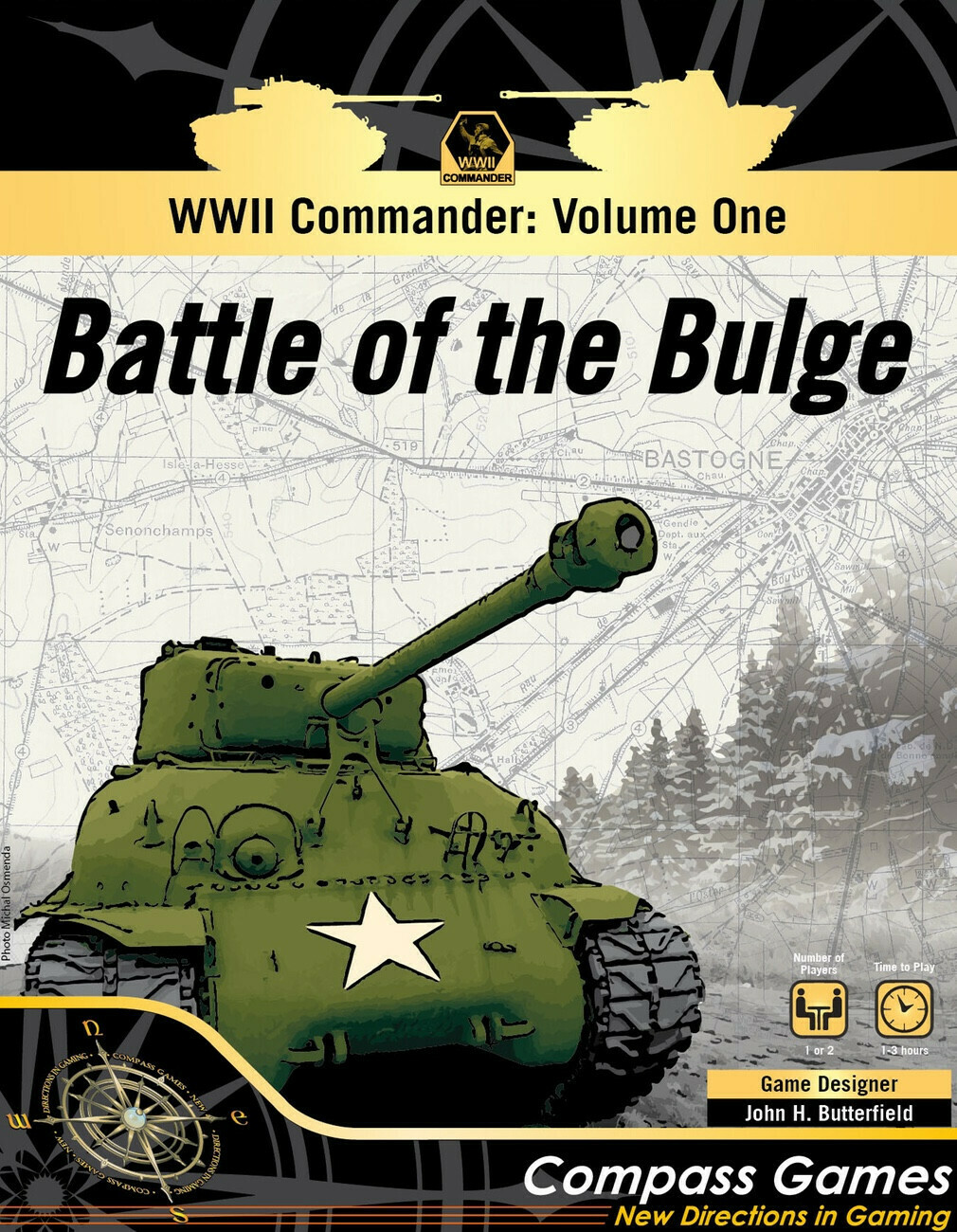 WWII Commander: Battle Of The Bulge

WWII Commander, Volume One: Battle of the Bulge is the first in a series of fast-playing area-based games on key campaigns of the Second World War. Battle of the Bulge is a two-player game of the German offensive against the Western Allies in December 1944, designed by renowned game designer John H. Butterfield and based on his original boardgame design that was later released in digital format by Shenandoah Studios, an imprint of Slitherine UL Ltd.

The simple elegance and high player-interaction of the WWII Commander games recreates the tension of key battles of the Second World War. The overall game system is easy to learn and makes a great introduction to war games, but mastering its tactics and strategy is a true challenge as the players take turns deciding which units to activate on either attack or defense. As the German player, you must make big gains and be as aggressive as possible while you hold the numerical advantage without over-committing your units, over-extending supply lines or falling prone to fuel shortages. As the Allied player, you must first withstand the initial German surprise attack and coordinate effective holding actions while defending key geographic objectives as you muster your arriving forces for counterattacks.

The package features premium components throughout; from the mounted game board and oversized units, to the activation cubes and wooden control discs, sure to appeal to war gamers and euro gamers alike. The rules are simple, game play is fast and furious and can be completed in a single sitting, and victory may be achieved by either side at different stages of the game.