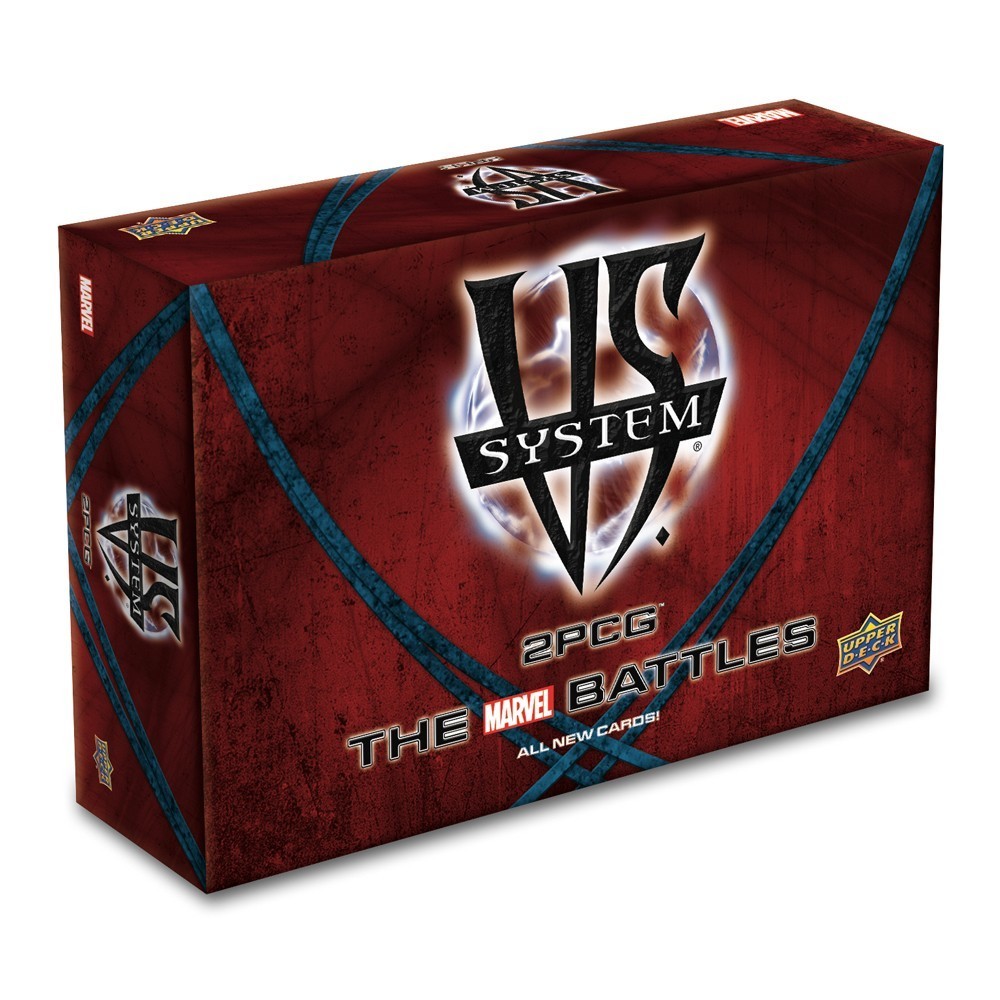 Vs. System 2PCG: The Marvel Battles

The Vs. System 2PCG™ is a card game where 2-4 players each build a deck of Characters, Plot Twists, and Locations, and try to knock out their opponents. Each Vs. System set comes with a full playset of cards so you’ll have everything you need to play the full game right out of the box. If you never played the original Vs. System, don’t worry: You’ll pick it up fast. And If you’ve played original Vs. you’ll find that some parts of the game have been streamlined or changed in order to make it easier to learn, faster to play, and more fun to battle.

Each player starts with a Main Character such as Iron Man, Star-Lord, or Thanos. During the game you’ll play resources and recruit Supporting Characters. You’ll organize your formation between your Front and Back Rows, and you’ll make solo and team attacks against your foes in order to stun and KO them. You’ll play Plot Twists to enhance your team or hurt your opponent’s. You’ll use your Locations to activate your team’s Super Powers. Your Main Character will earn Experience Points and Level Up to dominate the battlefield. Finally, you’ll KO your opponent’s Main Character (or they’ll KO yours).

Deck: Your deck must include exactly 60 cards, not including your Main Character.
Hand: You start the game with seven cards and draw two cards each turn. There is no limit to the number of cards you can have in your hand at one time. If an effect tells you to discard a card, that means from your hand.
KO Pile: When a card gets KO’d or discarded it goes into your KO pile which is next to your deck. The KO Pile is face up, and any player can look through it at any time.
Three Rows: Each player has three rows: Front, Back, and Resource.
Ready/Exhausted: A card in play is either ready (upright) or exhausted (turned on its side). Only ready characters can attack. Cards enter play ready.
Stun: When a character is defeated in combat it becomes stunned. Turn it face down, exhaust it, remove all +1/+1 and -1/-1 counters from it, and put a Wound counter on it. Stunned characters can’t be attacked and they lose their powers until they recover. Some effects can cause a character to become directly stunned (without it being in combat).
KO: When a character has as many Wounds as its Health, it’s KO’d.
Recover: When a character recovers, turn it face up. It still keeps its Wounds.
Save this product for later
Display prices in: USD
1-513-201-7672
mrb.rockinbgames@gmail.com
www.shop.rockinbgames.com