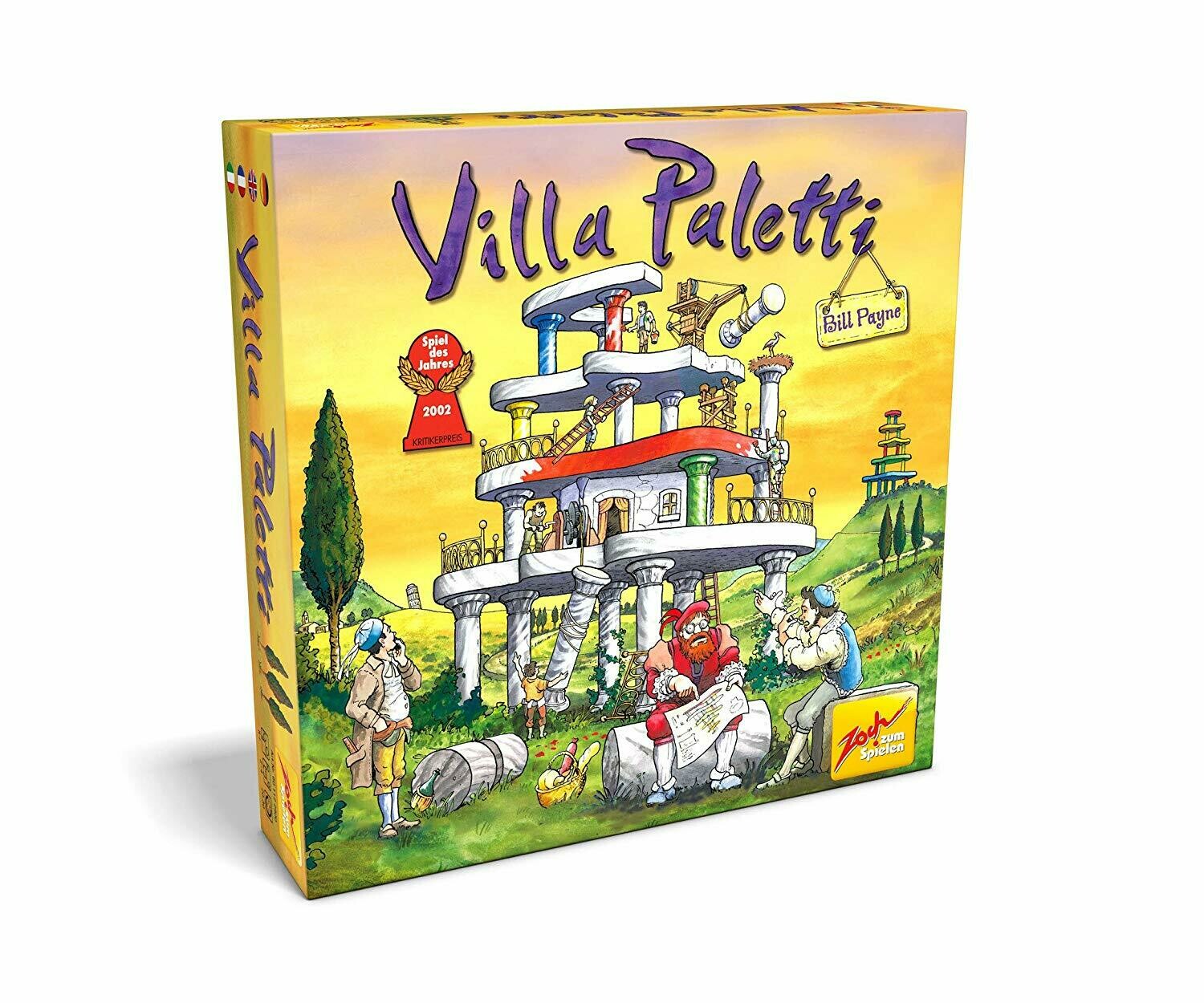 Villa Paletti is an exceptional construction game, in which the laws of equilibrium are out of bounds.

Each player has five different columns to his disposal. To begin, the columns are placed on the base and then the first of five asymmetric plateaus is put on top of them. Each player places one of his columns on the upper plateau. If a player has no column left, he has to add the next plateau instead. The winner is the player who placed the most valuable columns on the shaky upper plateau.