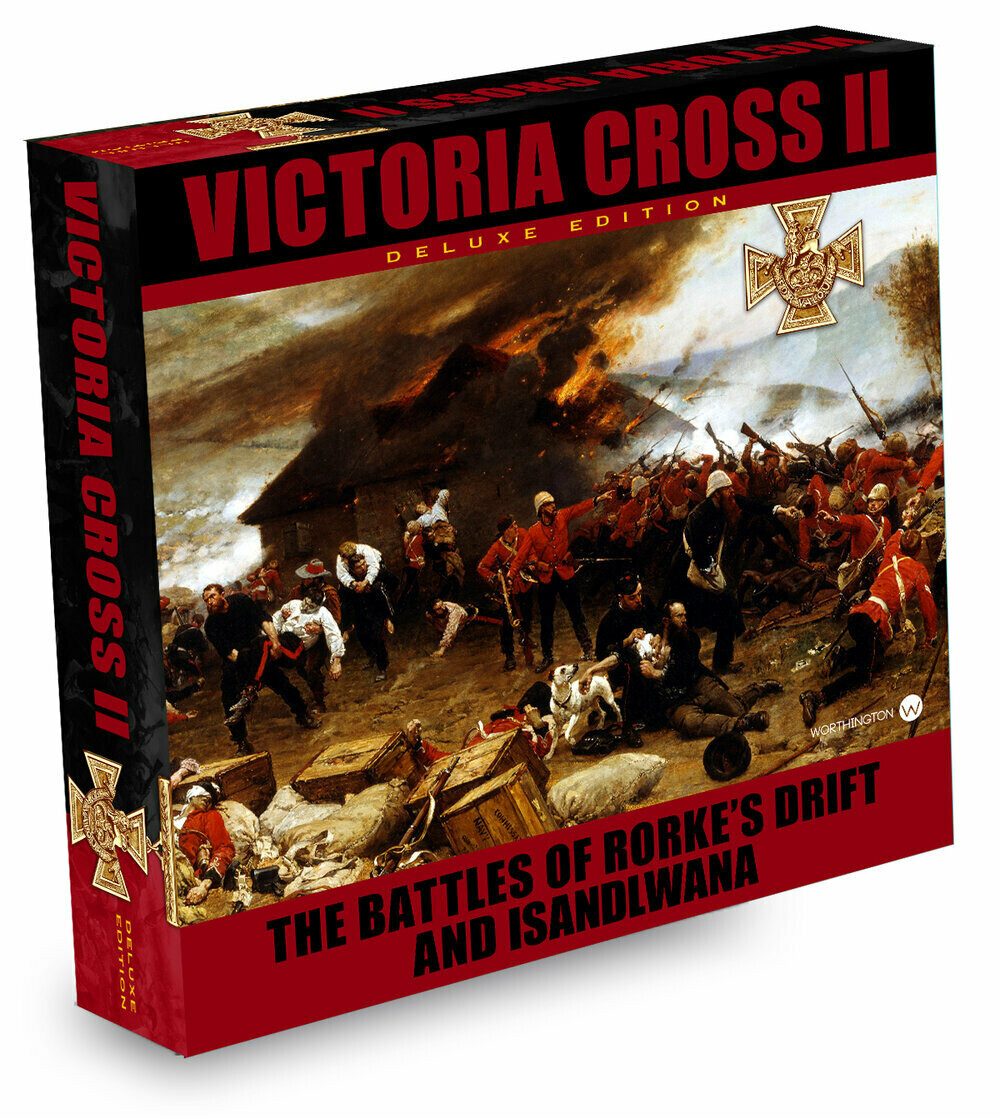 In VICTORIA CROSS II DELUXE EDITION you get to lead either the British, or Zulu army in the game for the desperate struggle for the small mission outpost at Rorke's Drift. The battle where 150 British soldiers held off 4,000 Zulu warriors, immortalized in the famous movie, ZULU.Also included is the battle that destroyed a British army, Isandlwana.Where 1,500 British and Native soldiers were wiped out by a Zulu army in one of the British army's greatest defeats.Both battles occurred the same day.

Two complete games in one box!

This Deluxe edition includes all deluxe components including a large double sided hard mounted game board, one side having the Isandlwana, with the other side having Rorke's Drift.Deluxe large 1" counters with rounded corners for the British units, and 2" long Zulu counters with rounded corners.Interior box wrapping.The game also includes 2 copies of the rule book, dice, 2 copies of the player aid, as well as a special solitaire bot aid for maneuvering the Zulu.