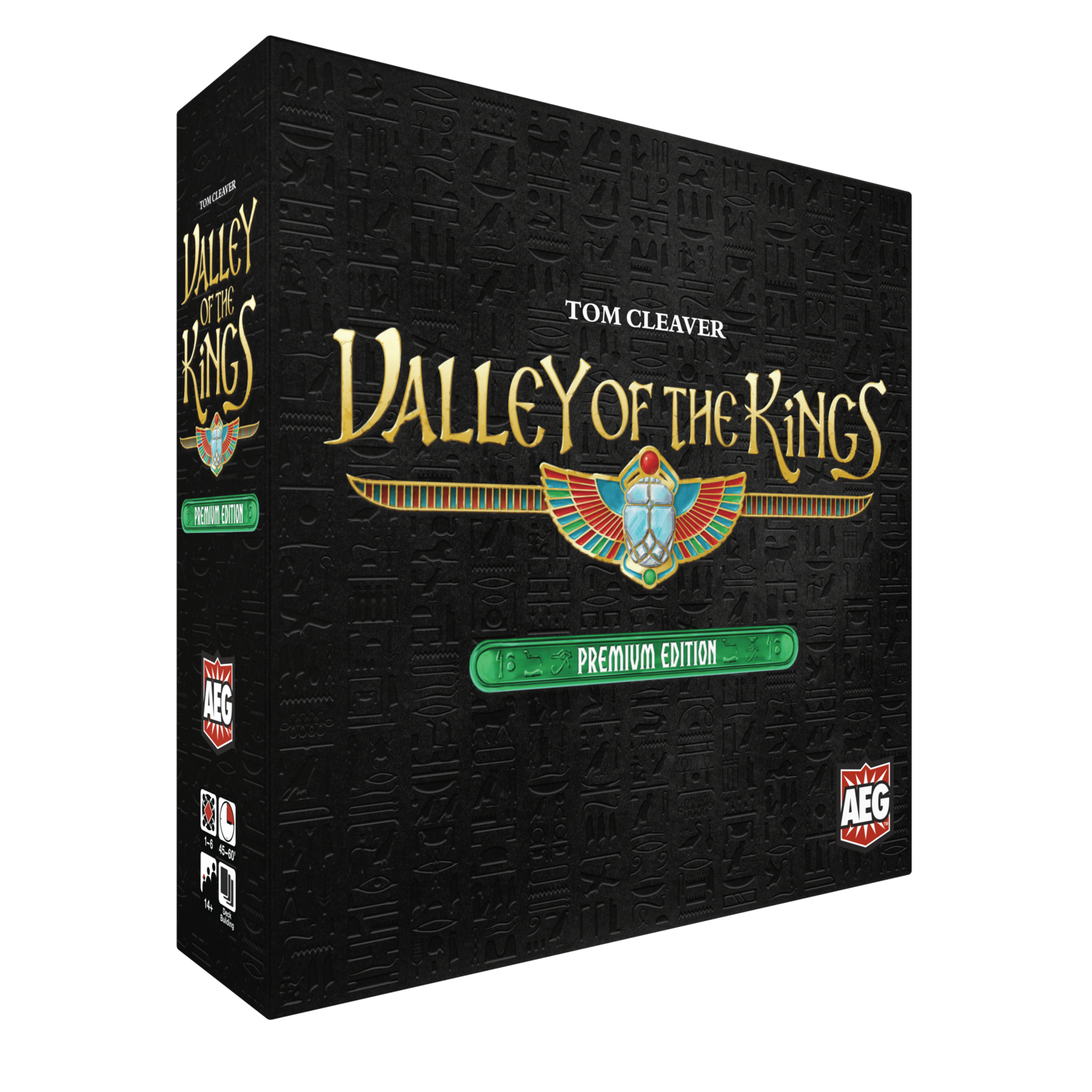 Valley of the Kings Premium Edition

In this game, 1-6 players work to assemble the most valuable set of grave goods in their tombs before they pass into the afterlife. The game features a unique “crumbling pyramid” mechanic to determine what cards are available on each player’s turn.

The box includes randomizers to create themed assortments of cards from all three original games, plus 6 new Unique cards added to the Premium Edition.