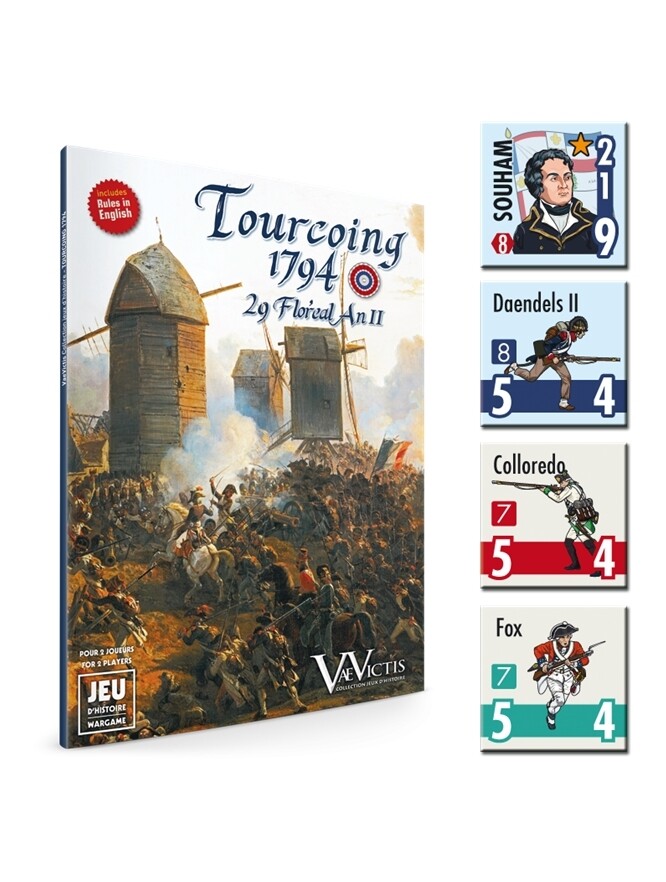 At the beginning of 1794, General Cobourg, the general par excellence of the Coalition armies, yearns to bring revolutionary France to its knees during the upcoming campaign. The decisive operations must take place in the north of France, where the Coalition already occupies several strongholds. In order to succeed, however, he must defeat the Army of the North, that has already caused him setbacks at Hondschoote and Wattignies during the previous campaign. During the month of May, General Mack, chief of staff of the Prince of Cobourg, devises a manoeuvre to encircle and important fraction of the Army of the North operating around Courtrai.

On 17 May (28 Floreal yer II), the Coalised army, divided into six columns, goes on the offensive. The first engagements take place around Roubaix, Tourcoing and Mouscron, which fall into the Coalition’s hands. But the French pull themselves together and launch a counter-attack on Mouscron, which they take back after a sustained battle. General de Bussche’s column, several thrashed, retreats pitifully in the direction of Tournai.

Despite this setback on 18 May (29 Floreal), Cobourg maintains his confidence and plans to continue his offensive. But he has under estimated General Souham, commander of the enemy troops of the sector, who organizes a powerful counter-attack. While Moreau’s division takes on General Clairfayt’s powerful column, the rest of the French units throw themselves at the columns of General Otto and the Duke of York. Tourcoing is retaken and the two columns totter under the shock. Their obligatory retreat will progressively evolve into a rout. The Duke of York is forced to jump into the river Espierre with his horse to avoid being captured. Once word gets out about the rout Otto’s and the Duke of York’s columns, the other Coalised columns fall back.

The French remain masters of the battlefield and win a clear victory, to be followed by that of the Fleurus a little more than a month later.

3 scenarios are proposed for this battle: one for the first day of battle, one for the second day and a third scenario that links the two days.

An additional scenario about the battle of Mouscron (10 floréal an II - 29th april 1794) is also provided.