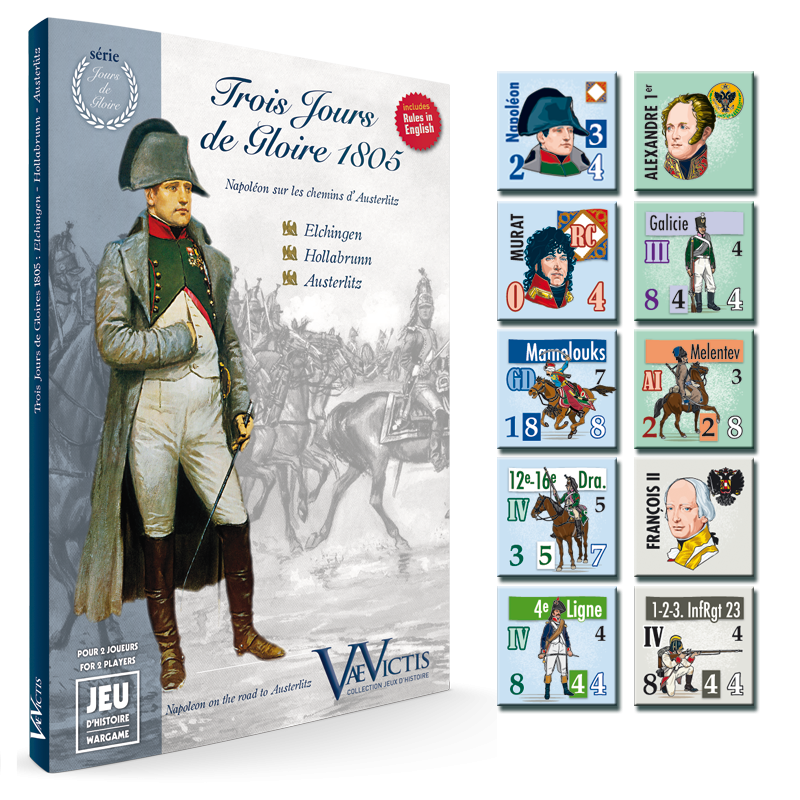 Trois Jours de Gloire 1805 offers players various situations and battles of different scopes. By commanding several divisions or several army corps, the nature of the decisions to be made changes and the games take on another dimension.

Will you have Ney’s offensive energy at Elchingen ? Will you manage to hold on to the terrain like Bagration at Hollabrunn ? Taking the challenge to the next level, will you be capable of reproducing Napoleon’s masterpiece at Austerlitz through your own battle plan?

Trois Jours de Gloire 1805 also offers scenarios specifically adapted to the competition for Elchingen and Hollabrunn and two different modes of play for Austerlitz (activations managed at the division level or the army corps level).