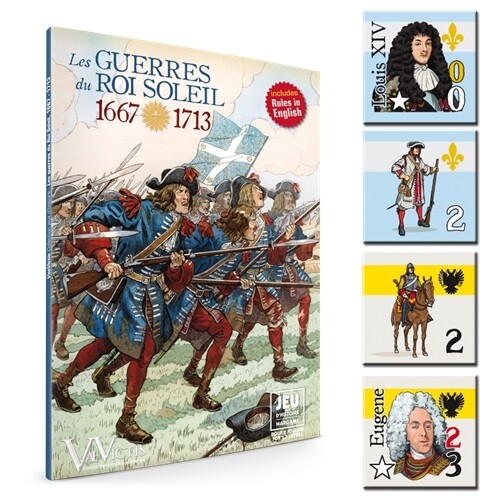 The Wars of the Sun King is the first opportunity to play, with a single set of rules, the five conflicts led by France under the reign of Louis the Great.

Maximize your resource points to recruit armies, build strongholds, lead sieges and battles, and win glory points. Will you be able to vanquish Montecuccoli, Eugene of Savoy, or Marlborough with Turenne, Condé, and Villars and impose the Sun King's will?