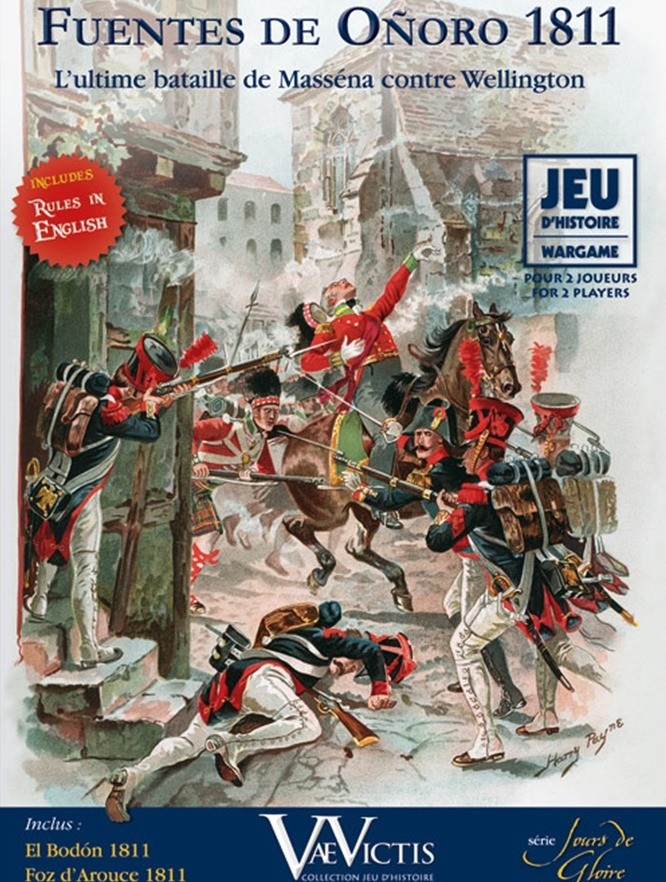 After his defeat at the gates of Lisbon, in front of the lines of Torres Vedras, Masséna was compelled to retreat toward Spain in the spring of 1811, where the final phase of his duel with Wellington would take place. During the British pursuit, the engagement of Foz d’Arouce took place on March 15, with Wellington’s 3rd Division and his Light Division attacking the defensive position held by Marshal Ney with parts of Marchand’s and Mermet’s Divisions.

On May 3, Ferey’s Division launched the attack against Fuentes de Oñoro. During teux days the village was bitterly contested . Under pressure, Wellington’s troops bent but did not break. General Fournier’s charges caused two British squares to become shaken, but the solid defensive line of the Anglo-Portuguese army never failed. It was at this point that Lepic, with no orders forthcoming from Marshal Bessières (who could not be found), refused to charge with the Guard cavalry under his command. After that, the battle’s intensity waned, and the fighting ended with no other major events. On September 25, after Masséna was relieved of command and the Anglo-Portuguese army had once more begun its withdrawal into winter quarters, Montbrun’s French cavalry attacked an Anglo-Portuguese division commanded by Picton near El Bodón before it could make its escape.