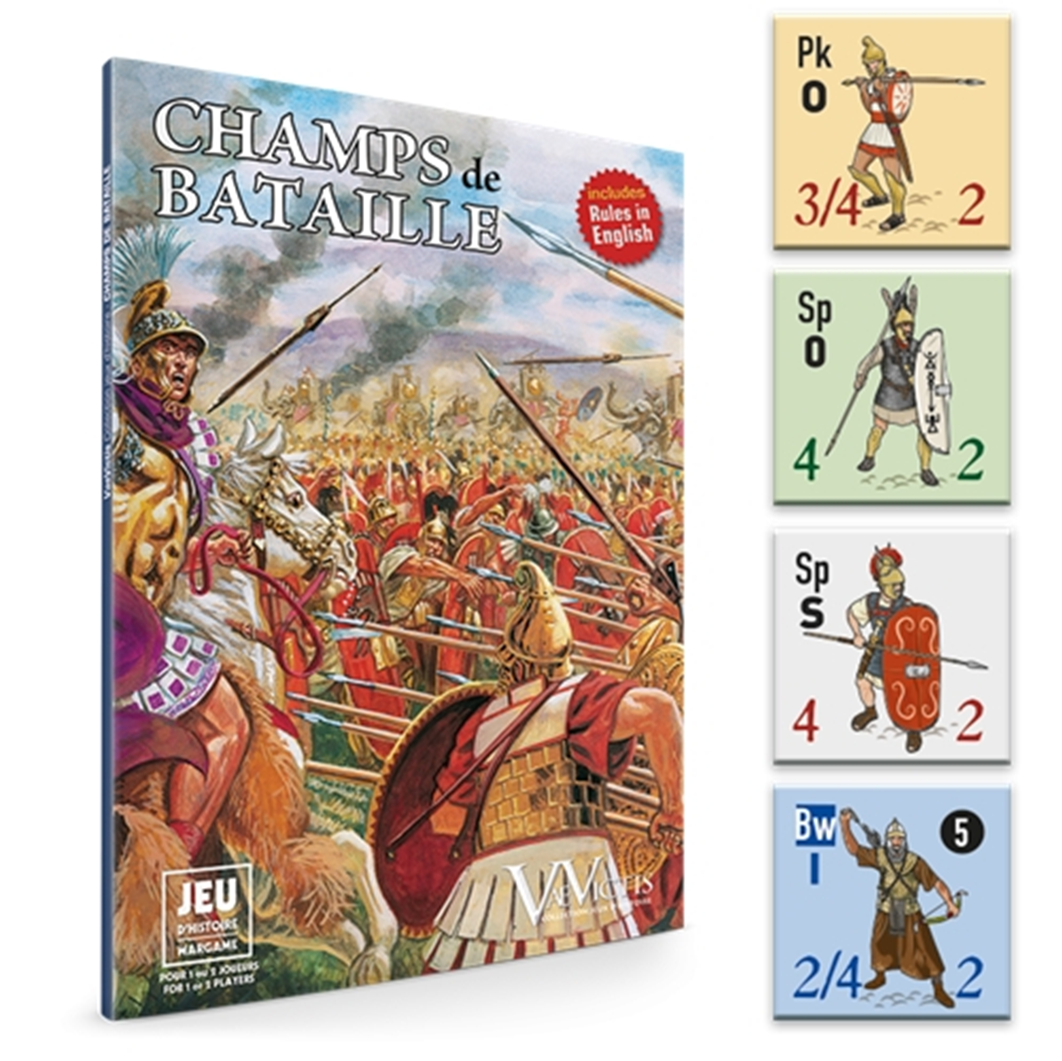 This new edition takes us from the death of Alexander in 323 BC and the war of his successors — the Diadochi — which will last fifty years, to the last battles in Italy and Spain of the Second Punic War in 206 before BC, via the expedition of Pyrrhus, king of Epirus in Italy between 280 and 275 BC.

Two great systems of weapons clash then, the Macedonian phalanx and the elephants against the legions of the Roman Republic, but the battle of Cynoscephalae will not take place until 197 BC and the phalanx is not yet obsolete.

Champs de Bataille is a board game largely inspired by an English rule for miniatures called De Bellis Multitudinis published by the Wargames Research Group in the early 1990s; four booklets of army lists ranging from 3000 BC to 1500 AD accompany this rule.

The general classification of troops allows not only armies to compete in historical battles, but also non-historical adversaries thanks to its budgeting system, providing practically endless what ifs.

The adaptation for board game makes it possible to play many battles of antiquity on a small surface and without figurines with on average between 20 to 30 counters on each side.

Overlays to be cut are also provided to vary the battlefield. No two games of Champs de Bataille will be the same.

Through eight lists that will allow you to experiment with many army combinations and four historical scenarios (Paraitacene (317), Gaza (312), Ausculum (279), Ilipa (206)), this module will give you the opportunity to replay many battles with a relatively simple system.